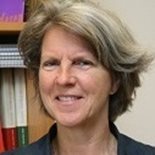 Research Interests
Judith Wolf is Professor of Social Care and head of Impuls, the Netherlands Center for Social Care Research, at Radboud University Nijmegen Medical Center. She is also director of the Academic Collaborative Center Impuls: Participation and Social Care. She has more than 35 years of experience in conducting both academic and applied research on socially vulnerable people (including homeless people and abused women) as well as on the social and health care services needed by these groups. She developed a strengths-based intervention – Strengths work - to support the recovery of socially excluded people, which has been implemented in more than 70 social and health care organisations in the Netherlands. She developed a social exclusion risk assessment instrument called Taxatie Sociale Uitsluiting (Tax-Su).
Specific research interests: recovery and self-regulation of disadvantaged citizens; quality of care, effectiveness of strengths-based social interventions; routine outcome monitoring of social care.

A List of Current or Recent Relevant Research Projects
Judith Wolf was/is the principal investigator in several large-scale multi-site research projects: a homeless cohort study in the four largest cities in the Netherlands (2010-2015), two randomised controlled trials on the effects of critical time intervention (CTI) and a strengths-based approach in women’s shelters and low-threshold facilities for the homeless (2010-2014), a study in five Dutch cities on predictors of tenant evictions for rent arrears and profiles of households at high risk of eviction (2010-2014); Routine outcome monitoring of interventions in social care organizations (2016-2019). 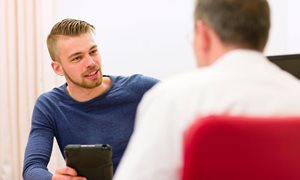 Judith Wolf's group develops, bundles and disseminates scientific, professional and experiential knowledge about in- and exclusion processes of vulnerable people, participation, informal support structures and social care and thus contributes to the professionalization and improvement of care.