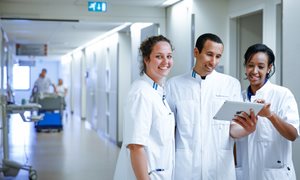 Several prestigious prizes were awarded to our researchers. We are proud of their achievements and congratulate the winners wholeheartedly. Here you can find a selection of the award highlights of 2021. 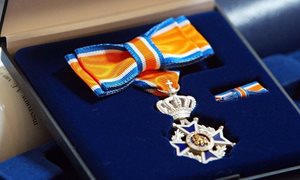 Nicoline Hoogerbrugge and Jolanda de Vries were appointed by His Majesty as Knight in the Order of the Dutch Lion, a highly prestigious decoration.

Two researchers from Radboud Institute Molecular Life Sciences (RIMLS) received a phone call from Hubert Bruls, Mayor of Nijmegen, in the morning of Monday 26 April 2021. He announced that they will receive a royal decoration because of their exceptional scientific and/or social merits.

Appointed as Knight of the Order of the Netherlands Lion are: 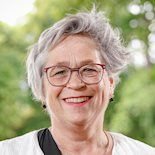 Nicoline Hoogerbrugge joined the Radboudumc in 1999 after she had worked as an internist at the ErasmusMC in the field of prevention of cardiovascular diseases. At the Radboudumc she started to focus on hereditary cancer; at the time a new field of study that focused on the early detection or prevention of tumors in patients with a hereditary predisposition to develop tumors.

Nicoline Hoogerbrugge is a passionate physician and scientist. She is committed to her patients and colleagues and to the development of her profession. Under her wings, the Family Tumors Outpatient Clinic in the Radboudumc has taken shape and awareness of a possible hereditary predisposition and its consequences for patients and their families has greatly increased.

Again and again Nicoline Hoogerbrugge develops initiatives that are copied elsewhere in the country and improve the care for people with hereditary cancer. Her efforts as (deputy) chairman of the Hereditary Bowel Cancer Guidelines Committee, for example, have led to the Netherlands being one of the first countries in which - in the case of bowel tumours that develop at a young age - standard screening is carried out for characteristics of a hereditary predisposition: a concept that was considered controversial by many at the time.

In addition, Nicoline Hoogerbrugge is also president of the European reference network genetic tumor risk syndromes (ERN GENTURIS). In this network, healthcare professionals work together with patient organizations to better recognize and treat individuals with a hereditary predisposition to cancer. Under her chairmanship, ERN GENTURIS has grown into a very active network.

Nicoline Hoogerbrugge is a medical specialist who puts her talent at the service of many and who does much to realize her ideal: preventing cancer where possible, and providing optimal treatment where necessary. 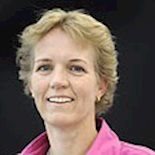 Jolanda de Vries joined Radboudumc in 1997 in the Department of Tumor Immunology at the Center for Molecular Life Sciences Nijmegen, after receiving her PhD from 1991 to 1997 from the Department of Dermatology at the University Medical Center Utrecht. She was a pioneer from the beginning in translating dendritic cell biology into potential clinical applications.

Jolanda de Vries is a leader in tumor immunology research. She is one of the few experts in the field of cellular cancer vaccines, particularly dendritic cell vaccines. One of De Vries' successes has been the preventive vaccination of healthy carriers of Lynch syndrome, people who are at high risk of developing cancer at a young age. Another important result is the conditional admission to the basic health insurance package of treatment of skin cancer with dendritic cells from the blood. This allows for a randomized phase III study to be conducted.

Jolanda de Vries was also the first to use imaging techniques to study the effect of dendritic cells after administration in patients. For example, she showed how important the route of administration of cellular vaccines is for maximum effect.

Jolanda de Vries knows how to inspire students as well as PhDs and postdocs with different backgrounds (medical, biomedical, chemical). She is very active in informing clinicians, patients and other interested parties about the results of her research. She regularly gives lectures for patients, patient organizations and healthcare professionals. In addition, she has also taught classes in elementary schools to get children from 8 to 10 years old excited about science.

Developing cellular therapy for patients requires not only biological knowledge about the cell type, but also knowledge about how to produce drugs. In particular, knowledge is needed about the development of so-called advanced therapy medicinal products (ATMPs), which includes dendritic cell therapy. Because Jolanda de Vries is one of the few who has this knowledge, her help is requested almost every week by other scientists from the Netherlands and abroad.

Within the Department of Tumor Immunology, of which she has been Department Head since 2019, Jolanda de Vries leads the research group Human Immunology: Research and Clinical development. With the help of her VIDI, Aspacia and VICI grants, she has built a successful research team, with researchers from all over the world. Jolanda has also established international exchange programs, which have led to exchanges of postdocs, PhDs and students, and resulted in several joint publications and grants.

Alex Garanto, Metabolic disorders has been honored with the 2021 Mary Ann Liebert, Inc. publishers Young Investigator Award of the Oligonucleotide Therapeutics Society (OTS) in recognition to his contribution to the development of antisense oligonucleotide to treat inherited retinal diseases. The award will be presented on 28 September during the 2021 Annual Meeting of the OTS. 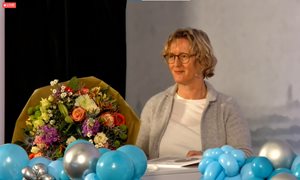 The RIMLS award is an annual prize for people who have contributed a lot to the RIMLS institute. Helma Pluk is the coordinator of our research master ‘Molecular Mechanisms of Disease’. Over the last 10 years, she has managed this program and the highly talented students and contributed to the heart of our institute. Last year the master program was extensively evaluated with excellent reviews. We are proud to have Helma Pluk as our colleague. 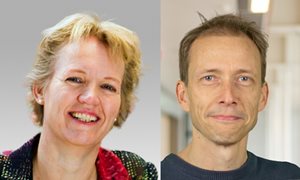 This European society of scientists harbors the world's top scientists.

Jolanda de Vries, Vascular damage and Ronald van Rij, Infectious diseases and global health, were recently appointed members of the Academia Europaea, the European society of scientists who are among the world's top scientists.

The Academia Europaea gathers over two thousand scientists from Europe across the breadth of science. Each year, the most outstanding international candidates are selected. 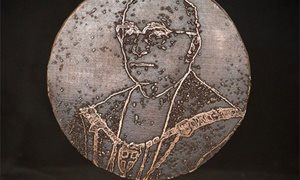 Each year, the Hermesdorf Prizes are presented to senior researchers of Radboud University or Radboudumc. The Hermesdorf Talent Prize goes to a scientist at the start of her/his career. The awards are named after Prof. B.H.D. Hermesdorf, Rector Magnificus of Radboud University from late 1942 to September 1945. For reasons of principle he - as the sole Dutch Rector Magnificus - refused to present students with a declaration of loyalty to the German occupying forces, which inevitably led to the university’s closure in April 1943. He refrained from compromising his principles in trying times.

In the tradition of its namesake, the award is presented to researchers who have demonstrated unusual courage, have exerted an uncommon level of effort, or have not shied away from resistance. The award consists of a certificate and a small plaque with the image of Prof. Hermesdorf.

Winner of the Hermesdorf Prize 2020 2020 was the year of the coronavirus pandemic, with nearly 1.5 million deaths worldwide, more than 60 million infections and each society muddling through the balancing act between life as usual and full lockdowns. Scientists from Radboudumc played a prominent role in the COVID-19 research, in which the bradykinin hypothesis, the BCG study and the genetic vulnerability for SARS-CoV-2 stood out.

In an unprecedentedly hectic year, they conducted impressive research into treatment of the corona virus. When the team of infectiologists published their hypotheses about the virus in April, the Volkskrant wrote “it grabbed the attention of doctors, scientists and pharmacists all over the world”. It is also commendable that during this busy period they still make time to explain and elaborate on these findings in national and international media outlets.

Winner of the Hermesdorf Talent Prize 2020 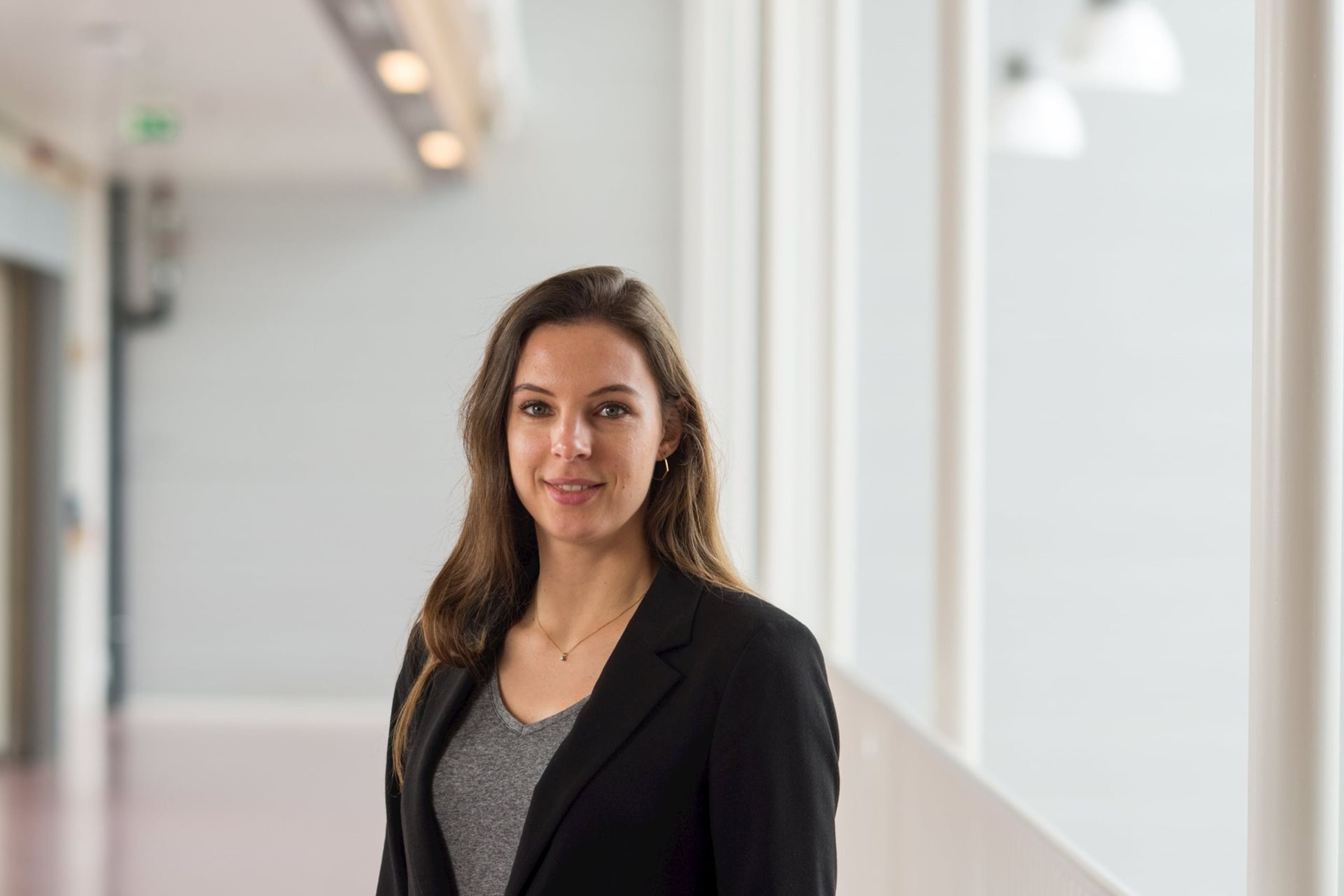 Charlotte Bekker, affiliated with Radboudumc, for her research on how to avoid wasting unused medicines.

Many unused medicines could, after a quality check in the pharmacy, be dispensed to another patient who needs exactly that medicine. However, current legislation does not permit that. The risk that a medicine has been stored incorrectly and its quality has deteriorated over time is considered too great. Bekker has therefore devised a special method to make reissue possible.

Anti-cancer drugs are packaged in special packaging, with a seal and a temperature logger. If these drugs are excess to requirements and are returned to the pharmacy, the seal is carefully checked to ensure it is not broken, that the drug has not been used, and that the storage temperature was not too high or too low. After a thorough check in the pharmacy, the drug can be safely dispensed to another patient. An exception to the existing legislation has been requested for this. 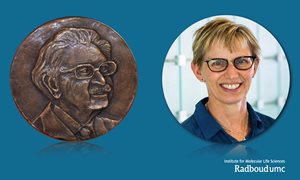 The Hans Bloemendal Medal for 2021 was awarded to Professor Laura Kiessling, in recognition of her groundbreaking work on carbohydrate-mediated interactions in cell-cell recognition and signal transduction. 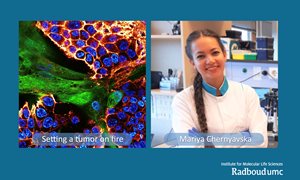 The image ‘Setting a tumor on fire’ was selected by our Microscopy Image Center. Good image, dynamic, you can imagen that things are happening in this situation. It tells a story. 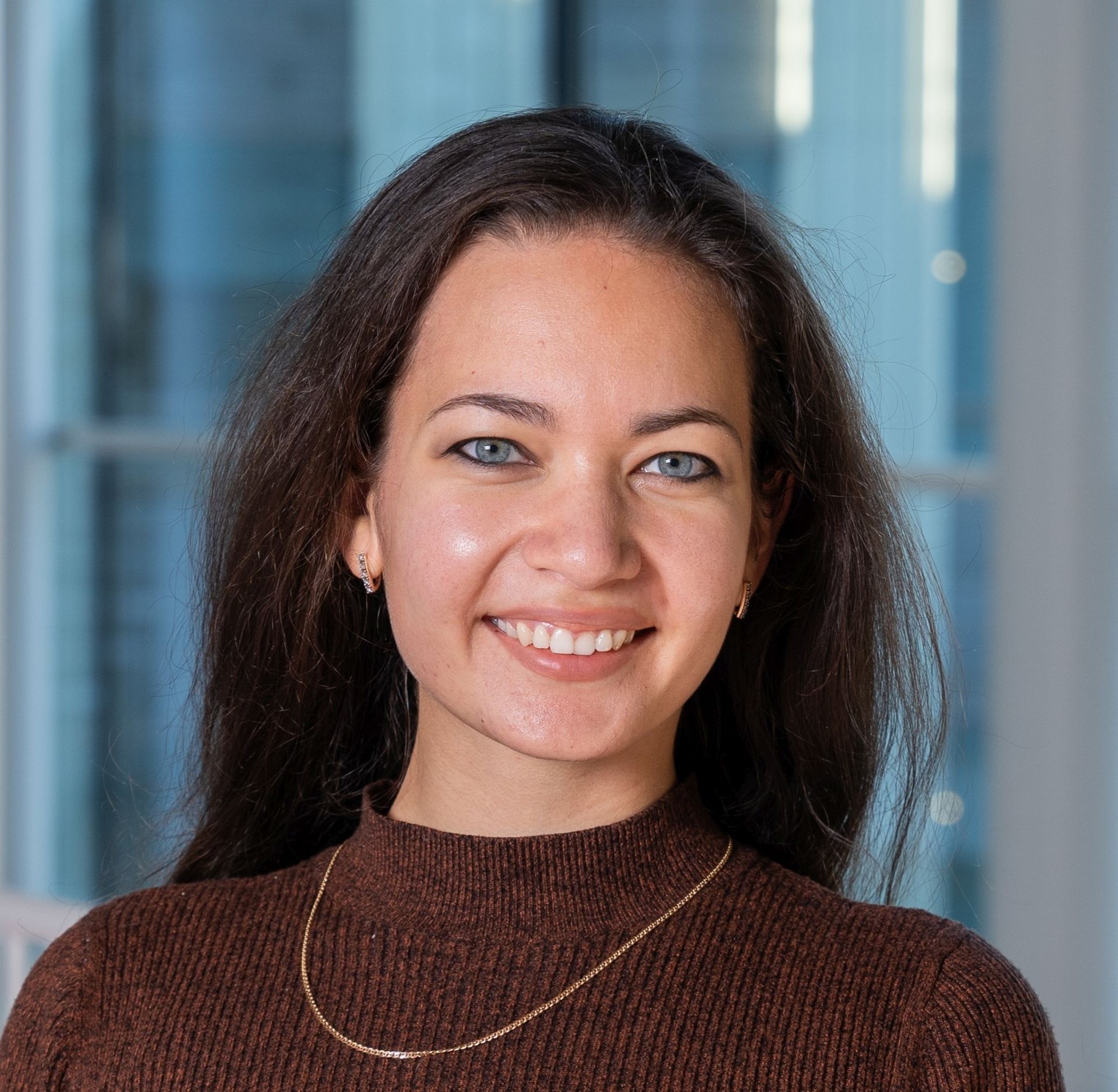