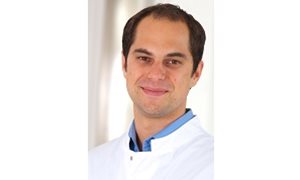 During the 148th session of the World Health Organization (WHO) Executive Board meeting, the Member States passed a game-changing resolution on oral health. WHO Director General Dr Tedros Adhanom Ghebreyesus called it a “landmark resolution”. The last time the WHO governing bodies adopted a resolution regarding oral health was in 2007, which is ancient in a fast-paced global health context. Why should oral health be of interest at all for global health?

The resolution highlights that more than 3.5 billion people worldwide suffer from oral diseases and these diseases are closely linked to other noncommunicable diseases. Worldwide, oral diseases account for US$ 545 billion in direct and indirect  costs,  ranking poor oral health among the most costly health domains like diabetes and cardiovascular diseases. While there have been improvements in some countries, the burden of poor oral health remains especially high among the most vulnerable in society. The resolution explicitly refers to research from RIHS, conducted by the research group on Quality and Safety of Oral Health Care which is led by Stefan Listl.

WHO and the Member States have now been tasked to develop a long-overdue global strategy, action plan and monitoring framework for oral health, aligned with UHC and NCD agendas. Other initiatives (in which Stefan Listl is involved), such as the Lancet Commission on Oral Health, the FDI World Dental Federation’s recently released Vision 2030 report, the forthcoming U.S. Surgeon-General’s  report on oral health in America and the forthcoming WHO Global Oral Health Report will contribute to much needed debates to bring oral health back to the global health arena.