Maroeska Rovers, Professor of Evidence Based Surgery, will receive a Vici research grant of 1.5 million euros from NWO (Netherlands Organisation for Scientific Research).

Over the next five years, the researchers can use this money to perform their research and build their own research groups. The Vici grant is one of the largest individual scientific prizes in the Netherlands. This year, the NWO awarded 35 Vici grants in total.

Maroeska Rovers is Professor of Evidence-based Surgery at Radboud university medical center, within the theme of Urological cancers. It is her ambition to contribute to the development of effective, affordable, and valuable surgical innovations.

Rovers will use her Vici grant to perform research with the aim of developing better methods to evaluate surgical innovations as early as possible. Currently, this evaluation takes place when these innovations have largely been developed and marketed. Up to half of the innovations do not add any value which results in a waste of healthcare costs in Europe. According to Rovers, new medical tools should already be evaluated for added value for patients as early as the very first concept. She intends to develop, test, and validate methods for this. 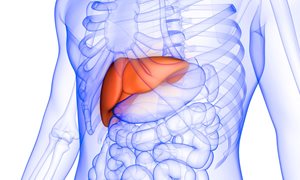 23 September 2021 The Dutch Research Council (NWO) is to fund two consortia for a period of ten years. Radboudumc participates in the ROBUST consortium, which consists of 17 AI labs, eight of which are dedicated to healthcare. Radboudumc leads five of these eight labs. read more

21 September 2021 Patholyt is on a mission to accelerate the adoption of artificial intelligence in pathology diagnostics and improve the chances of cancer patients worldwide. Patholyt is a spin-off from Radboudumc, a frontrunner in computational pathology research. read more

22 July 2021 Digital Health is thriving in the Nijmegen region, where it contributes to better care and health and also creates jobs. To bring developers and end users even closer together, The Economic Board and the Radboudumc are introducing the Interactive Digital Health map. read more
