In this project, the emphasis is on ultrafast ultrasound imaging (10.000 frames per second) at high frequencies (15-25 MHz) for improved quantification of the velocity vector in the carotid artery. Plaque development in the carotid is considered to be associated with disturbed velocity profiles and with the proposed method these disturbances can be quantified much more accurate. Furthermore, ultrafast imaging will be combined with dedicated gas-filled microbubbles that act as ultrasound contrast agents. This part of the project will be carried out in collaboration with Michel Versluis at the University of Twente where professor de Korte also has a position. Professor Versluis of the Physics of Fluids group of this University is an expert in the field of ultrasound contrast agents and developed a method to control the size of the microbubbles. The ultrasound signal can be fully adjusted to this size in order to increase the contrast several orders of magnitude. This opens the possibility to also investigate blood velocity profiles in stented carotids and in abdominal aorta aneurisms. The project is a collaboration with Philips, the Netherlands (ultrasound equipment), Bracco (ultrasound contrast agents), and Medtronic (supplier of stents). The total project budget is more than 900 keuros and one Postdoc and 2 PhD students will be employed on this project.

Chris is a member of the theme Vascular damage.

1 December 2021 Radboudumc researcher Thomas van den Heuvel receives the Stairway to Impact Award from Dutch Research Council NWO. He receives this prize for the development of the BabyChecker, a smartphone application that allows midwives to make ultrasounds during pregnancies. read more 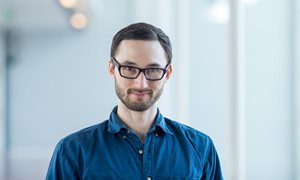 Disagreement among radiologists on what a perifissural nodule is

10 July 2018 In Radiology Anton Schreuder et al. showed that there is a low agreement among experienced radiologists on what a benign perifissural nodule is on CT, and that the chances that a lung cancer is misclassified as a such is low but not negligible. read more 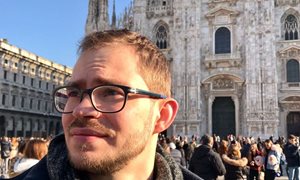 Beyond the scientist: Anton Nikolaev

14 February 2018 PhD candidate at the department of Radiology and Nuclear medicine and is working on ultrasound guided robotic biopsy. read more 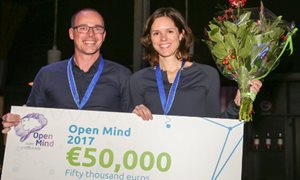 16 November 2017 What do the lungs of unborn children sound like? read more
