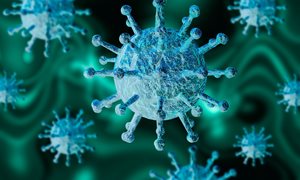 Spanish-Dutch research has revealed two new mutations in the TLR7 gene in healthy young men who became seriously ill with severe Covid-19. It’s becoming increasingly plausible that such mutations undermine a sufficient immune response against SARS-CoV-2, the researchers write in Frontiers in Immunology.

An infection with SARS-CoV-2 can lead to serious inflammation and even death in some individuals. Older age, male gender and chronic diseases such as diabetes and obesity increase the risk for a severe outcome. But these risk factors cannot explain why (very) severe Covid-19 also occurs in young, healthy men without a medical history.

Important factor in the immune system

Last year researchers from Radboudumc published an article in JAMA describing for the first time that mutations in the TLR7 gene were a possible rare genetic risk factor. Two unrelated pairs of brothers became seriously ill with Covid-19 and one of them died, they reported. They all had a mutation in the TLR7 gene, which encodes the receptor that plays a role in the recognition of the coronavirus and initiates the antiviral immune response through induction of interferons. TLR7 thus appears to be an important factor in the defense against SARS-CoV-2.

After this first publication, the findings were repeated in several studies. An Italian study of men over 60 years of age with severe COVID-19 found that more than 2 percent of severely affected men carried a genetic mutation in TLR7, leading to an impaired functioning TLR7 receptor. These variants were not found in any individual in the control group. The researchers again observed a hampered activation of interferon signaling, signifying that an optimal immune response could not be mounted. “A recently published study in the American Journal of Human Genetics, which looked for rare genetic risk factors through an association study in more than half a million people, also revealed TLR7 as the most important factor for severe Covid-19,” says geneticist Alexander Hoischen from Radboudumc Nijmegen, the Netherlands.

With Caspar van der Made, Frank van de Veerdonk and other Radboudumc researchers who were involved as well in the first publication on TLR7, Hoischen has now published another study on TLR7 together with Spanish researchers. This time they screened 14 cases of severe Covid-19 in young, healthy men under the age of fifty, of whom 10 from Spain and 4 from the Netherlands. Hoischen: “Hitherto unknown mutations of the TLR7 gene were found in both a Spanish and a Dutch patient. In the Dutch patient again we saw the defective activation of the signaling and impaired production of interferon.”

What made the Dutch case special is two of the patient's cousins ​​had the same mutation. Although they were not yet eligible for vaccination at that time due to their young age, they were given priority based on the research. Van der Made: “As far as we know, these family members had not yet been exposed to the coronavirus. We therefore decided to vaccinate them preventively, in order to greatly reduce the risk of serious illness from Covid-19. In our small-scale study, we provide an impetus for screening a selected group of young men, precisely because a diagnosis of TLR7 deficiency due to mutations in this gene can have consequences for treatment, such as the mentioned preventive vaccination.” Hoischen: “Mutations in the TLR7 gene are now also listed as immune deficiency in OMIM – the international website where such information is registered.” 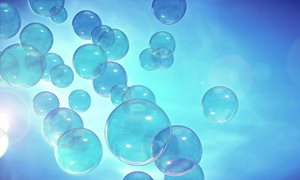 Nijmegen-based Micro-Cosmos is a start-up that makes retractable hoods to speed up the recovery of hospitalized patients.

Aiosyn, a spin-off from Radboudumc, has received an investment from LUMO Labs. Oost NL is a co-investor. 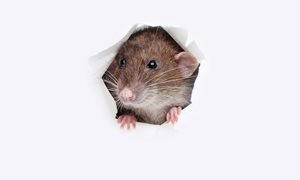 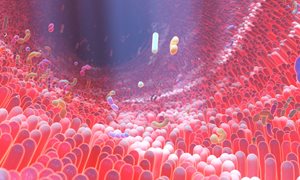