The Dutch Cancer Society (KWF Kankerbestrijding) is funding five new research projects at the Radboudumc, in total more than 2.6 million euros. The awards are part of the latest round of funding from KWF, in which almost 27 million euros is being allocated to Dutch cancer research. The projects will start in mid-2022.

Radioactive iodine plays an important role in the treatment of various forms of thyroid cancer. The treatment makes it possible to destroy any remaining cancer cells after surgery. Unfortunately some patients are insensitive to the treatment because they do not absorb the radioactive substance. For them a curative treatment is no longer possible.
Professor of Endocrine Tumors ,Romana Netea-Maier hopes to be able to offer this group of patients a better perspective. In a patient study, she is investigating the efficacy of digoxin, an existing drug against heart failure and cardiac arrhythmia. Laboratory studies show that this drug promotes the uptake of radioactive iodine. In this pilot study, she wants to determine in a small group of patients whether this drug indeed enhances the irradiating effect of radioactive iodine.

The treatment combination of radiotherapy and immunotherapy is on the rise, but still does not work for everyone. A notorious obstacle is hypoxia, where parts of a tumor suffer from a lack of oxygen. These oxygen-deficient areas often respond less to radiation and immunotherapy.
Professor of Experimental Radiotherapy, Jan Bussink wants to solve this local oxygen deficiency, focusing on the oxygen consumption of cancer cells. By inhibiting oxygen consumption with existing drugs, which have already proven effective in diabetes and malaria, among others, Bussink wants to increase the oxygen concentration in the tumor. He hopes that this will also increase sensitivity to radiation and immunotherapy. Before it can be applied to patients, he wants to optimize this approach in the laboratory.

Lung cancer is the most common cause of death from cancer in the Netherlands. Lung nodules ('spot on the lung') can be an early stage of lung cancer and are frequently found on CT scans of the lungs. The NELSON study among 15,000 participants, recently showed that CT screening leads to a quarter less mortality from lung cancer in long-term smokers. Screening with CT is highly sensitive to lung nodules. Thus, more and more lung nodules will be found, but the vast majority are not malignant. The challenge, therefore, is to recognize the malignant lung nodules, and avoid unnecessary additional examinations for benign lung nodules.
Researcher Colin Jacobs of the Department of Medical Imaging is developing artificial intelligence (AI) to recognize malignant lung tissue quickly and accurately. This provides an improved assessment of cancer risk, and reduces follow-up examinations. In this way he optimizes early detection and survival in lung cancer.

In endometrial cancer, metastases in the lymph nodes are an important predictor of survival. Only the examination of removed lymph nodes under the microscope can determine with certainty the presence of metastases. With the correct assessment, the chance of survival increases greatly. But this is not available in all hospitals and there is a need for an improved and person-oriented risk assessment for lymph node metastases.
Gynecologist Hanny Pijnenborg developed a model (ENDORISK) within a European network, which accurately predicts the risk of lymph node metastases using blood values and four additional staining techniques on tumor tissue. Pijnenborg will optimize ENDORISK and investigate its effectiveness and feasibility in daily healthcare practice. She will look into patients, practitioners and adaptation of the healthcare infrastructure.

In the Netherlands, all women aged 50 to 75 are offered a screening examination every two years to detect and treat breast cancer as early as possible. Digital tomosynthesis is an X-ray technique that creates a three-dimensional image of the breast.
Professor of Personalized Cancer Screening, Mireille Broeders is investigating whether tomosynthesis can further reduce breast cancer mortality and improve the quality of life for women with breast cancer, by early detection of breast cancer. By introducing this new technique, we may be able to further balance the advantages and disadvantages of population-based breast cancer screening. As almost one million women a year participate in the population screening, this will contribute to reducing the burden of disease caused by breast cancer and therefore to public health in the Netherlands.

Here you can find an overview of the amounts received by the researchers and the other projects funded by the KWF. 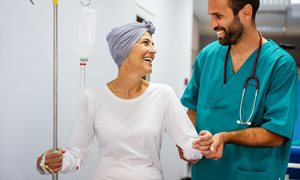 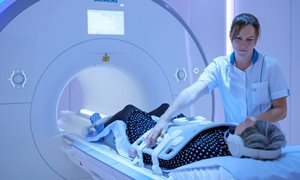