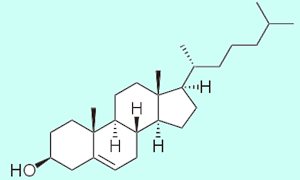 When physicians at the Wesley Hospital in Brisbane, Australia, studied the urinalysis of one of their patients, they discovered a different profile of the organic acids that they could not quite explain. Could it be possible that the profile was connected to the cause of the disorder? They decided to contact chemist Ron Wevers, who had developed a technique at Radboud university medical center (NMR spectroscopy) with which substances in the urine can be detected in great detail, even when the quantities are very small.

Wevers: “The combination of the substances we found indicated that there was something wrong with the cholesterol production. Cholesterol enters our system through the food we eat, but the body itself is also capable of producing it. Apparently something went wrong in that process. It turned out that the enzyme that converts farnesol into squalene was not working properly. The urine contained far too much of the first substance and far too little of the second substance. The enzyme squalene synthase is the driving force of this conversion, so that is where we had to look to locate the problem.”

Wevers was able to locate a second family suffering from the same defect. A total of three patients were found at the time suffering from the same disorder. If the enzyme squalene synthase (SS) is indeed the culprit, then it should be possible to find mutations in the gene FDFT 1, which is the gene that codes for the SS. However, the genetic research caused the researchers to be surprised. Wevers: “We found mutations in one family that disturbed the effect of the enzyme, but we did not find those in the other family. That was a mystery that we were unable to solve for a long time.”

The solving of the mystery

The mystery was solved at long last by the research group of Lisenka Vissers of the Department of Genetics. Vissers: “A mutation causing a malfunctioning protein can usually be found in the gene itself. But in the second family the mutation was located outside the gene, which was why it had not been found in earlier genetic studies. This mutation prevents the gene for SS, which in essence is perfectly alright, to be read. That explains why the enzyme squalene synthase does not work after all. Mystery solved.”

The researchers have used this knowledge to develop a test that will make it easier to find new patients in the currently used urinalyses.

Publication in The American Journal of Human Genetics: Squalene Synthase Deficiency: Clinical, Biochemical, and Molecular Characterization of a Defect in Cholesterol Biosynthesis.

16 September 2021 In a recently published study, Radboudumc researchers investigated the effects of infectious events on cognitive decline and the development of dementia and its possible structural underpinning using pre- and post-infection MRI of the brain. read more 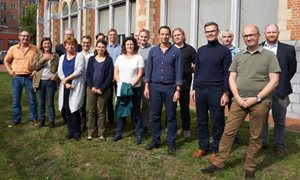