In order to treat brain diseases such as depression, Alzheimer's or ADHD, more research into the brain is needed. This cannot be done without animal research. Seventy international brain researchers are warning that animal research is under pressure, thus endangering the further development of treatments.

Over one third of Europeans, some 170 million people, suffer from brain disorders such as ADHD, autism, Parkinson's disease, Alzheimer's disease, anxiety disorders and brain tumors. Many of these diseases have a major impact on patients and their families, are not yet curable and have high social costs.

We still know relatively little about the functioning of the brain. As a result, brain diseases are often difficult to treat. Neuroscientists study the entire spectrum of the brain: from molecules and cells to brain regions and from their mutual interactions to ultimately behavior and cognition. Researchers use a variety of research methods to do this, including animal studies. However, this research is increasingly under pressure, which seventy neuroscientists from home and abroad warn about in scientific journal Neuron. They argue that the development of new treatments for brain disorders is at risk.

You can’t know what you don’t know

Because so little is still known about the construction and functioning of the brain, little is known about how brain disorders arise and how they can be treated. Therefore, neuroscientists often don't know how their research will go and what outcome they can expect. In other words, what they don't know, they can't know in advance. In an application for scientific research, however, this is expected. Current regulations allow for research applications to be made for a period of five years. Such an application requires many details about the expected course of the study and the exact design of the experiments. Any deviation from the original application requires new permission. As a result, the quality of research suffers: sometimes there is too little time left to conduct experiments or new scientific insights cannot be incorporated into an experiment. This has consequences for the quality: a researcher is not always able to follow a new line of reasoning based on the results obtained. And that is precisely when the greatest discoveries are made.

The researchers argue that the system as described above has become too inflexible to make the best choices during experiments. This has consequences for the knowledge they acquire during the research. Experimental animal research is logically accompanied by strict regulations to ensure animal welfare, but the associated increasing administrative burden can cause studies to be delayed or even halted. In the long run, this could lead to no further progress in neuroscience research, which would prevent us as a society from moving closer to possible treatments. The researchers also fear the risk that animal research will move to countries where animal welfare standards differ from the high standards set by the European Union. With their publication, the neuroscientists call for monitoring of the long-term consequences of these increasing administrative restrictions on scientific research.

Brain research also uses research methods other than just animal testing. In pursuing the 3Rs (replacement, reduction and refinement of laboratory animals), the Netherlands aims to lead the way in animal-free innovations, such as cultured mini-organs. Mini-organs, made from human cells, offer the possibility of answering specific research questions and can be complementary to animal research. But brain diseases are disorders that affect interaction with the environment and alter behavior. A mini-brain will never be able to respond to the environment and cannot exhibit behavior and cognition. Computer systems can also support, but not replace, laboratory animal research. Little is yet known about the brain to build a computer system that can reliably mimic the brain. This makes brain research a field where animal-free research is far from always possible.

Neuroscientists conduct research on how the brain works and why some people get sick and others do not. They also work with doctors to try to understand why some people do not respond to medication, or respond very poorly. This cannot be done without animal studies, because these provide information about the underlying workings of the brain: what happens in the brain when a certain treatment is applied? This is necessary to determine which cells and substances are involved in responses to drugs. This type of research thus contributes significantly to the knowledge of brain diseases, such as ADHD, autism, anxiety disorders, depression, eating disorders, Alzheimer's, Parkinson's, epilepsy, ALS and brain tumors: diseases that can hardly be prevented, but which, with new and improved treatment methods, we can do more and more about.

About the publication in Neuron 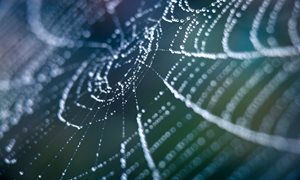 17 January 2018 After standard care, standardized care, and personalized care, network care will be care 4.0. But how exactly do you do that? Should we create new structures for it or is it just a matter of trust and ability to step back? read more
