The funding will support an eight-year research initiative titled, "Activation of the aryl hydrocarbon receptor (AHR) and epithelial integrity."The AHR is activated by ligands, which are specific chemicals which include dioxin and polycyclic aromatic hydrocarbons. But this receptor also binds some endogenous ligands, such as tryptophan metabolites and certain microbial metabolites. Activation can dampen or enhance the inflammatory response, and too much stimulation can cause toxicity and perhaps contribute to chronic disease. The balance between AHR activation and repression requires a tight control but this mechanism is poorly understood. The grant will support studies examining how activating the Ah receptor in the epithelial layer of the skin or gut affects barrier function, production of antimicrobial peptides and resistance to invading bacteria.

The Laboratory for Experimental Dermatology of the Radboudumc receives $600.000 to specifically study the role of the AHR in skin barrier homeostasis and targeting of the receptor to treat inflammatory skin diseases.The program gives scientists intellectual and administrative freedom, as well as sustained support to pursue research in novel directions and to embark on long-term projects that have unusual potential to achieve greater impacts. 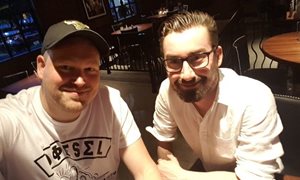 A personal touch of Hanna Niehues

5 May 2019 In order to promote interaction amongst colleagues within RIMLS, we have a ‘personal touch’ series setting employees in the spotlight. A light-hearted manner to learn about the colleagues you know and those you don’t. This week: Hanna Niehues. read more 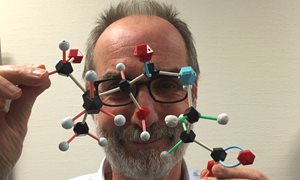 Celebrations to mark the retirement of Joost Schalkwijk 17 January 2019 LEO Foundation ‘Open competition grants’ are given to support the best dermatology research projects worldwide that improve the understanding of the underlying medicinal, biological, chemical, or pharmacological mechanisms of dermatological diseases and their symptoms. read more
