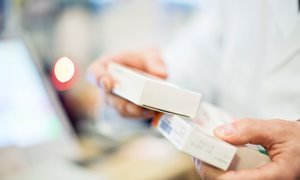 To assess whether a drug is an effective treatment for a rare disease, large-scale research with Randomized Controlled Trials may not be necessary in all situations, say researchers from the departments of Neurology and Health Evidence at Radboudumc. In a study funded by ZonMw they investigated the efficacy of the drug mexiletine in patients suffering from Nondystrophic myotonia, a hereditary disease causing muscle stiffness. They did this by using the Bayesian hierarchical model, which enabled the researchers to aggregate the results of multiple trials on individual patients. With a small aggregated group of patients, this approach provided reliable evidence for the efficacy of the drug. The authors reported their findings in the Journal of the American Medical Association (JAMA) on 11 December.

Research based on the Randomized Controlled Trial (RCT) method is considered the gold standard for determining drug efficacy. Therefore, an RCT with large groups of patients is required before a drug can be approved by government agencies and considered eligible for reimbursement by health insurers. In rare diseases, however, an RCT is often impossible due to the small numbers of patients. This makes it difficult to make reliable conclusions about the efficacy of potential treatments. About 8% of the population will suffer from a rare disease during their lifetimes.

Research on patients and diseases
In an N =1 trial, an individual patient is alternately treated with a placebo and a candidate drug for specific periods until the efficacy in the patient becomes clear. Combining the results of multiple N=1 trials can also yield information at the group level, and thus provide information about an overall effect on the disease. However, credible methods for doing so were previously unavailable. Researchers from the Neurology and Health Evidence departments have now successfully combined the results of multiple N=1 trials by using the Bayesian hierarchical model. Unlike conventional methods, this model does not aim to find a significant difference between the placebo and candidate drug, but to predict the likelihood of the candidate drug having a clinically meaningful effect on patients.

Fewer patients needed
The researchers investigated the effect of the drug mexiletine on muscle stiffness in patients with the rare muscle disease nondystrophic myotonia by performing 27 studies on individual patients. By aggregating the results of these studies in the Bayesian hierarchical model, the researchers showed that perceived muscle stiffness decreased on average from 6 to 2.5 on a scale of 10. By collaborating with researchers from the University of Rochester (USA), the researchers were also able to compare their results directly with a previous international RCT. The results were indeed comparable, but with the new N=1 trial design many fewer patients were needed (11 instead of 57).

Welcome alternative
According to Bas Stunnenberg, researcher and resident in neurology, aggregating multiple N=1 trials in the Bayesian hierarchical model is a welcome alternative to RCTs for providing evidence of drug efficacy in chronic rare diseases. “This is because an RCT provides less data about the effect of a drug on individual patients. Presently, the measurement of group effects is required for drugs to be allowed on the market and to be eligible for insurance reimbursement. But we have now shown that aggregating N=1 trials can provide comparable and reliable information on the efficacy of drug at the group level, while at the same time making it much easier to determine the effect of the treatment on individual patients and the factors that determine individual treatment success.”

Contribution to patient-oriented care
“Because the RCT is still regarded as the gold standard, there is a risk that effective drugs for patients with a rare disease will not be allowed on the market and will not be eligible for insurance reimbursement,” says Stunnenberg. “By using N=1 trials that have been aggregated in the Bayesian hierarchical model, fewer patients are needed to make reliable conclusions about a drug. This is an important step in research into the efficacy of treatments for patients with rare diseases.” 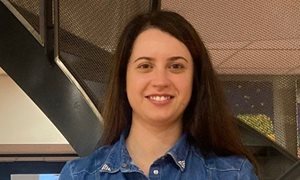