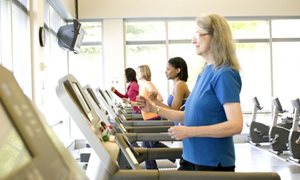 Even late in life it makes sense to maintain a healthy weight, and thus to limit the risk of cognitive decline. This is the conclusion of researchers at Radboud university medical center on the basis of brain research in overweight elderly people and the disease of the small vessels in the brain, often called cerebral small vessel disease or cSVD. In a publication in Neurology on August 27, they describe a strong relationship between this brain condition and being overweight.

The number of people suffering from being overweight as well as having dementia is increasing rapidly worldwide. The cardiovascular system is an important link between the two ailments – after all, it has been known for some time that being overweight increases the risk of cardiovascular disease. At the same time, a good blood flow is important for optimal brain function and the moment the condition of the vessels deteriorates, the brain suffers.

Researchers Ilse Arnoldussen and Amanda Kiliaan at Radboud university medical center look in detail at the relationship between brain health and being overweight. An earlier study from them already showed an interesting relationship between body weight and dementia: they described that people who are obese while they are middle-aged suddenly fall very sharply in body weight a few years later, between the ages of 70 and 80, and further describe that this is accompanied by cognitive decline. The latter also implicates a sharply increasing risk of dementia.

The link between weight and dementia

To investigate what exactly happens at that turning point around the age of seventy, the researchers in the so-called RUN-DMC study followed more than 500 adults between the ages of 50 and 85 for a period of nine years. At the start of the study, the participants all had cerebral small vessel disease (CSVD). This is a collective name for problems in the small blood vessels in the brain. The brains of the test subjects were mapped using MRI scans and after nine years the brain was looked at again.

Among the subjects a clear relationship was found between higher body weight and less gray matter in the brain, especially in the hippocampus. This area of ​​the brain is known to have a relationship with the development of dementia. Ilse Arnoldussen: "We see in older people who are somewhere just before or around the turning point that much fat around the abdomen is related to an accelerated decline in the amount of white matter in the brain. And that makes CSVD a link between being overweight and the ultimate risk of dementia.”

By continuing to pay attention to your weight even at an old age, you are able to keep your brain healthier, explains Arnoldussen: “The idea prevails that it is no longer useful to lose weight in old age, but our research shows that it can make a difference. If you have a healthy weight, it can lower the risk of dementia.”

Kiliaan emphasizes the chain of connections: "Cerebral small vessel disease is an early cause of many neurodegenerative diseases, such as Alzheimer's and Parkinson's disease. High blood pressure is known to be a major risk factor for cSVD, but obesity is even more of a risk.” 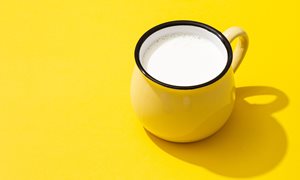 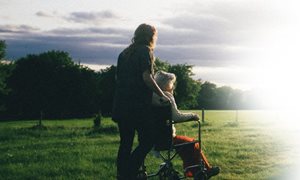 7 October 2021 Advanced stage Parkinson’s disease can cause a variety of symptoms, for which palliative care can be beneficial, though research from the point of view of patients in later stages is still rare. Radboudumc researchers therefore placed their patients perspectives at the center of their recent study. read more
