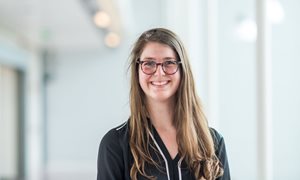 My name is Camille Le Gall, I was born in November 1994 in Paris (France, not Texas). I am a 4th year PhD candidate, and I have been working in the department of Tumor Immunology since October 2017. My research is focused on developing novel cancer vaccines, under the joint supervision of Prof. Carl Figdor, and Dr. Martijn Verdoes.

Where do you live?

I live in the city center of Nijmegen with three roommates, two of whom are PhD students at the Radboudumc too. Hi, Fabian and Fatima!

When you were a kid what did you want to be when you grew up? Can you tell us something about your childhood years?

As a kid, I wanted to be a physician. Not because I was particularly interested in taking care of patients, but because my grandmother is one, and this was the only job I was aware of! After this, I wanted to become a seamstress and make costumes for the Opera in Paris. Research is close enough!

What was your previous academic training, where did you study and why did you choose that study/those studies?

After high school, I entered a "classe préparatoire", which is a two-year intensive preparation course for a competitive entrance exam to the French "grandes écoles", with a biology major. I mostly did this to delay the choice of what I needed to study by two years. I entered an engineering school in Paris, and after only two months realized that I missed fundamental biology. So, I decided to take advantage of the non-standard tracks my school allowed, and set out to go abroad; first to Germany, then the United States; for an ERASMUS semester and three research internships. During my first internship, I became absolutely fascinated by the complexity of the immune system and decided to pursue my studies in this field. When I returned to France almost three years later, I got a double degree in bioengineering and immunology, and decided to continue in that topic as a PhD-candidate.

Which of your research discoveries are you most proud of?

I would not really say that I made a discovery I am "most proud of" yet (but hopefully soon). For now, I am extremely grateful for the opportunities which have led me where I am now, and for the people who took a chance on me!

What is your most important scientific challenge in the coming 5 years?

As my first challenge, I would like to graduate and get my PhD degree. After this, I would like to use the knowledge we are gathering on cancer vaccines as part of my PhD and try to translate it to infectious diseases. I believe that global warming will expose us to more and more to mosquito-borne diseases, and that we need novel ways of developing vaccines quickly. A recent not-so-global-warming-related infectious disease has discredited my prediction, but it has also emphasized the need for developing efficient vaccines - and fast.

If you could choose any mentor, who would it be?

I would love to have one my former internship supervisors, Dr. Michael L. Dougan, as a mentor. In addition to being an incredible and inspiring scientist, he is extremely patient and kind-hearted. He taught me most of what I know and is someone I look up to!

What is your favorite topic: molecules - patients - population?

Organized molecules: cells! The way pluricellular organisms work, how every cell communicates with the others: it is fascinating! Every now and then I suddenly wonder: how are we even alive?

What should be changed / improved in the scientific community?

I think one of the major challenges in the scientific community is the publish-or-perish mentality. I was definitely unaware of this when starting my PhD, and I have still probably seen only the tip of the iceberg now. I hope that the next generation of scientists will be able to come up with a new way of evaluating research output other than the H-index. Another challenge, which is unfortunately not restricted to the scientific community, is the representation of ethnic and gender diversity in the academic system.

Is there anything we can wake you up for in the middle of the night?

What is the thing that irritates you most?

I am always in a rush or late, so I have to answer "people walking slowly in hallways". Usually, these are the same people who stand on the left on escalators. I get disproportionally annoyed by this. Please let me go pass!

Who would you like to have dinner with, if you had the chance?

Before the pandemic, I would probably have said Christopher Nolan (seriously, how does he even come up with these mind-boggling scenario?), but now I would simply really love to have dinner with my family!

How do you relax from the demanding job of being a scientist?

Exercise! There is definitely a significant correlation between 1) the number of years I have been working on my PhD, and 2) the time I need to spend doing sports to cope with the stress!

Do you have a tip for our most junior scientists?

I will take this opportunity to share not one, but three things I was taught by former supervisors.

1) "Do not trust anyone." Team science is great, but it is very important to not blindly trust colleagues or collaborators. Be critical, and do not hesitate to ask questions!

2) "You can make every mistake, but only once." It is absolutely normal to mess up sometimes, but make sure to never repeat the same mistake!

Please add a photo which represents a remarkable event or experience you were part of? Please explain. 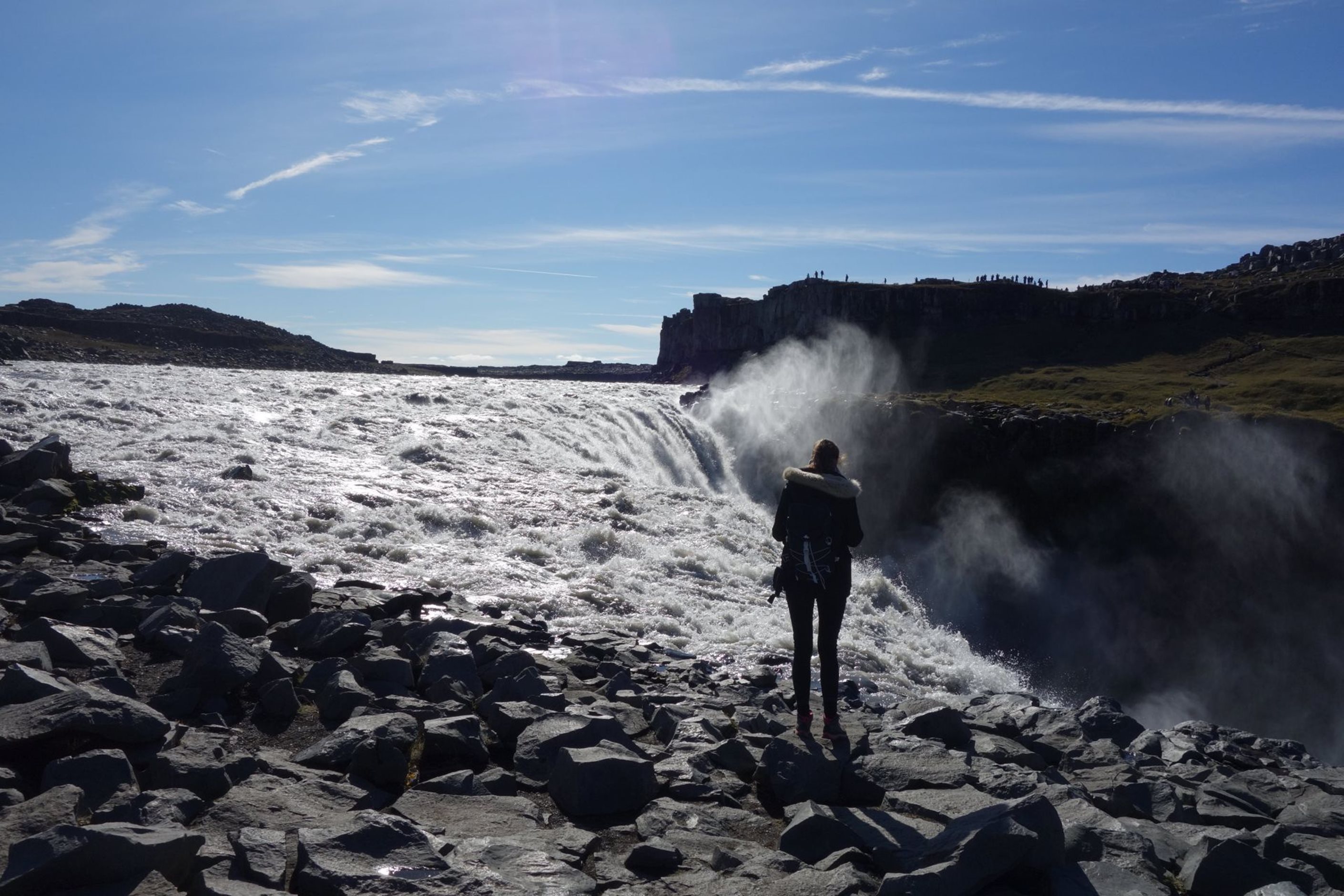 This is a picture taken at the Detifoss waterfall in Northern Iceland, in 2018. This is the 2nd most powerful waterfall in Europe. Standing near it is an extremely humbling experience! You can reach it by the West side on a large road; or by the East side on a gravel road, which is only passable in the summer. We accidentally took the latter, and almost got stuck in large potholes with our entry-level rental car, but it was very much worth potentially losing our deposit, as we ended up on a way less crowded location with a much nicer view!