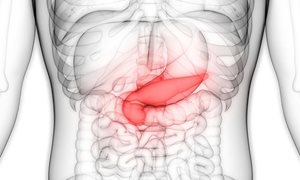 Pancreatitis is the most common complication of endoscopic retrograde cholangiopancreatography (ERCP). Prophylactic rectal administration of non-steroidal anti-inflammatory drugs (NSAIDs) is considered as standard of care to reduce the risk of post-ERCP pancreatitis. It has been suggested that aggressive hydration might further reduce this risk. Guidelines already recommend aggressive hydration in patients who are unable to receive rectal NSAIDs, although it is laborious and time consuming. We aimed to evaluate the added value of aggressive hydration in patients receiving prophylactic rectal NSAIDs.

FLUYT, a multicentre, open-label, randomised, controlled superiority trial done across 22 Dutch hospitals, included patients aged between 18 and 85 years with moderate to high risk of post-ERCP pancreatitis. Patients were randomly assigned (1:1) by a web-based module with varying block sizes to a combination of aggressive hydration and rectal NSAIDs (100 mg diclofenac or indomethacin; aggressive hydration group) or rectal NSAIDs (100 mg diclofenac or indomethacin) alone (control group). Randomisation was stratified according to treatment centre. Aggressive hydration comprised 20 mL/kg intravenous Ringer's lactate solution within 60 min from the start of ERCP, followed by 3 mL/kg per h for 8 h. The control group received normal intravenous saline with a maximum of 1.5 mL/kg per h and 3 L per 24 h. The primary endpoint was post-ERCP pancreatitis and was analysed on a modified intention-to-treat basis (including all patients who underwent randomisation and an ERCP and for whom data regarding the primary outcome were available). The trial is registered with the ISRCTN registry, ISRCTN13659155.

Aggressive periprocedural hydration did not reduce the incidence of post-ERCP pancreatitis in patients with moderate to high risk of developing this complication who routinely received prophylactic rectal NSAIDs. Therefore, the burden of laborious and time-consuming aggressive periprocedural hydration to further reduce the risk of post-ERCP pancreatitis is not justified.