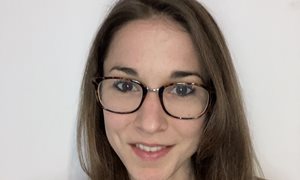 Rosanne van Deuren, a PhD student under the supervision of Alexander Hoischen, theme Infectious diseases and global health, published a study that shows that rare and common genetic variants together shape our immune response and highlight the inter-individual differences of it. Moreover, the presented framework and example can help others in similar studies – and offers novel ways to analyse and visualize complex data sets. This is yet another example of the great value of cohorts established in the human functional genomics project, which is co-coordinated by Mihai Netea. The current study is published in Genome Medicine.

The interleukin (IL)-1 pathway is primarily associated with innate immunological defense and plays a major role in the induction and regulation of inflammation. Both common and rare genetic variation in this pathway underlies various inflammation-mediated diseases, but the role of rare variants relative to common variants in immune response variability in healthy individuals remains unclear.

We identified a burden of NCF4 rare variants with PHA-induced IL-6 cytokine and showed that the respective carriers are in the 1% lowest IL-6 producers. Collapsing rare variants in IL-1 subpathway genes produces a bidirectional association with LPS-induced IL-1β cytokine levels, which is reflected by a significant Spearman correlation. On the inflammatory level, we identified a burden of rare variants in genes encoding for proteins with an anti-inflammatory function with S. aureus-induced IL-6 cytokine. In contrast to these rare variant findings which were based on different types of stimuli, common variant associations were exclusively identified with C. albicans-induced cytokine over various levels of grouping, from the gene, to subpathway, to inflammatory level.

In conclusion, this study shows that functionally grouping common and rare genetic variants enables the elucidation IL-1-mediated biological mechanisms, specifically, for IL-1β and IL-6 cytokine responses induced by various stimuli. The framework used in this study may allow for the analysis of rare and common genetic variants in a wider variety of (non-immune) complex phenotypes and therefore has the potential to contribute to better understanding of unresolved, complex traits and diseases. 19 April 2022 Three researchers have received Rubicon funding from NWO/ZonMw. This will enable Elke Muntjewerff, Laura de Vries and Laurens van de Wiel to do research at a foreign research institute for the next two years. read more
