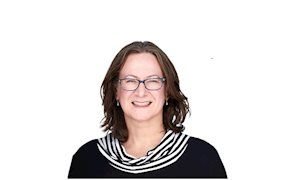 Microbiologist by training, scientific misconduct hunter by passion, and a celebrity of academic Twitter. Elisabeth Bik was the guest speaker for the Research Integrity Rounds held on September 22nd. From the prevalence of image manipulation in biomedical research, to fake paper factories and predatory publishing… A lot was discussed during this highly popular event. For the ones who missed it, here is a roundup of the discussions and some wisdom from Bik

Day after day of manually scanning images in dozens of thousands of scientific papers, trying to find duplications, alterations, or anything else that is suspicious… Is this something you think can be your passion? Personally, I love my eyes. But for Elisabeth Bik, it is her life’s work. Bik is a microbiologist by training but is now a professional scientific integrity consultant and voluntary misconduct hunter. You might know her from the Twitter account @microbiomdigest, quite popular among the scientific twitter community, or from her website Science Integrity Digest.

Elisabeth Bik was the guest speaker for the last Radboudumc Research Integrity Rounds on September 22nd.  Around 360 people gathered on zoom to hear her talk about the dark side of science. The event focused on three topics: image duplication in biomedical research, paper mills, and predatory journals and conferences. If you don’t know a lot about these issues (I had no idea what paper mills were) and didn’t have the chance to attend the event, you are in luck, for you can find a write-up of the event below.

Why should we care if some people falsify research data? Most scientists are honest and trustworthy anyway. Well, science progresses by building on previous knowledge that has been laid out. Therefore, misleading publications will cost future honest scientists a lot of effort and money. We must keep an eye out for this dark side.

What is and is not misconduct is not always crystal clear. There are a lot of grey areas, and genuine human mistakes are possible. But it is much more common practice to do direct duplication, repositioning, or alteration of research images than we would like to think. Between 1995 and 2014, Bik scanned 20,621 papers from 40 journals by eye, and she found duplicate figures in 800 of them. About half are estimated to be the result of intentional manipulation, which amounts to 2% of all the papers.

Breeding grounds for this are western blots and microscopy images. It is easy to manipulate them, especially with the advanced technologies of today. Alterations in other data types are even harder to detect. Think of tables. If the publication does not require the raw data, it is extremely easy to manipulate a table. Bik thinks that the actual percentage of papers with intentional manipulation is 5-10%.

Scientists are pessimistic, but times are changing

At the Integrity Round, Bik asked the audience several questions. One concerned the 800 papers that Bik reported to journal editors in 2014/2015. We were supposed to guess the percentage of them journals corrected or retracted in the following 5 years. 66% of the participants chose 10%, while the actual case is 40%. Even though this is much better than the community’s expectations, it is still highly frustrating when the authors of a Nature paper cited more than a thousand times respond only with “it’s unclear how this happened,” and the paper is not retracted.

Why aren’t the journals responding appropriately? Most of the time, Bik doesn’t get any response at all when she reports suspicious papers. Unexperienced editors or conflicts of interest might be some of the reasons, but journals under a spotlight also don’t want to make the news with retractions. Thankfully, with many people including Bik revealing examples on social media and getting traction, attitudes are slowly changing.

To overcome the frustration of non-responding journals, Bik recommends using Pubpeer, a non-profit platform where scientists report and discuss their suspicions about publications. Bik likes to post on Pubpeer herself. She explains, “I want to tell the reader that there is a big concern about this paper, so proceed with caution.” There is software development to detect the type of manipulations that Bik spends her life searching for. However, the process is much slower than we would hope. Until there are products that publishers can use to detect manipulation before publishing, we will keep needing sharp human eyes from the scientific community.

Paper mills are basically “factories” that mass-produce fake papers. These papers are usually written by ghostwriters based on a template. They are altered just enough to escape plagiarism detection. This type of organized crime is especially big in China, where there is a requirement for medical doctors to have publications to work at Chinese hospitals. Of course, most of these people are not into research and don’t want to spend time doing experiments. So, what is the solution? Paying ten thousand dollars to buy a fake paper.

Interestingly, the field of non-coding RNAs in cancer is infected with paper mill papers. Bik says that there are more than 600 papers from the same factory with artificially generated western blot bands. People could detect this because all those different figures had the same background that had a particular scratch. Another batch of 200 papers had almost the exact same correlation plot, allegedly showing completely different things. It is also possible to detect paper mill products by strange errors like a prostate cancer study with 50% female participants. Such inclusivity!

Have you heard about predatory journals or conferences before? Maybe you frequently get those emails starting like “Hello good day sir! I would like to offer you a deal for publication”, with bad grammar and a weirdly enthusiastic tone, offering extra fast peer review and revision. My spam folder is packed with them. But 48% of the participants at the Integrity Round were not sure what predatory journals were. The number is 46% for predatory conferences.

Predatory journals are after your money, without any care for the quality of the research. But how can you detect such an offer? They usually send strange invitations, have unprofessional-looking websites, fake or missing editorial boards, and unclear information about the fees and impact factor. The journal is usually not indexed in PubMed and not a member of the Committee on Publication Ethics (COPE) or Directory of Open Access Journals (DOAJ). You can also check the publisher. They might have dozens or even hundreds of journals on a vast range of topics with very little content inside. A few resources are available, such as Beall’s List and predatoryjournals.com, that compile predatory publishers and journals.

Similar signs go for predatory conferences, like unclear information about the program and the fees. You might see that there are multiple conferences at the same time, at the same place, on sort of similar topics, usually organized in appealing places to attract people. When in doubt, to not waste your money and time, you might want to consult resources such as Think. Check. Attend.

Symptoms of a bigger disease

All the misconduct, the paper mills, and the predatory publishers are just a symptom of a disease, the so-called “publish or perish” culture. During the Q&A, Elisabeth Bik was asked what we should do to fix the culture and if she could imagine a scientific community with no journals at all. She answered, “I cannot imagine life without journals, but I do believe that we need to move towards platforms where we can publish research in smaller chunks. Currently, papers are way too big. I cannot wrap my brain around them. There are too many parts of it that I don’t understand, and I don’t feel comfortable peer-reviewing. I do wish we could move towards platforms where we just publish one figure or one experiment, and other people can easily replicate it.” Replication is critical indeed. Bik thinks that replicating existing studies should be a legitimate job that people get paid for.

Another very relatable question to Bik was, “How can you stay optimistic about science?” Like most of us, she believes that science is the key to the big problems we face, such as the pandemic and the climate crisis. Relying on science is the only way out. As the event was coming to a close, Bik said, “Giving these talks, I always fear that people will wrongly conclude that science is not to be trusted. I don’t want that to be the take-home message. We need to rely on science, but we need to be better able to distinguish good science from bad. We need to make science more self-correcting. I’m very hopeful that we can change things, hold people accountable and make them face consequences”.