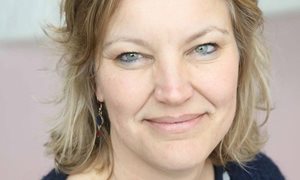 Effective 1 March 2021, clinical geneticist Wendy van Zelst-Stams has been appointed professor of Care for Rare Diseases at Radboud university medical center/Radboud University. She will focus on the possibilities of providing diagnoses faster and improving care in rare disorders.

Wendy van Zelst-Stams aims with her research to reduce the diagnostic odyssey in patients with rare diseases. This means early detection by timely and correct diagnosis of the rare disorder, through early and efficient use of innovative genetic diagnostics (Genetics first). In addition, she is starting a research program to develop an appropriate model that incorporates multiple aspects of importance to quantify the value, efficiency, and quality of care delivered from the centers of expertise for rare diseases. These include socioeconomic factors and patient outcomes.

There are approximately 7000-8000 rare disorders, 80% caused by a genetic defect, which are estimated to affect 300-400 million people in the world. Individually the disorders are rare, but as a whole it is a large group: about one in seventeen Dutch people has a rare disorder. On average, patients with a rare disorder in the Netherlands receive a wrong diagnosis three times, visit five different medical specialists, and it takes more than five years before the correct diagnosis is made.

Wendy van Zelst-Stams (1973, Oisterwijk) studied Medicine at Erasmus University in Rotterdam and received her medical degree in 1999. She received her PhD in 2005 with her thesis called 'Genetic and biological diversity in TEL-AML1 positive ALL' at the Erasmus University. During her PhD she investigated genetic and biological features of Acute Lymphatic Leukemia, the most common form of cancer in childhood. Wendy van Zelst-Stams continued her training as a clinical geneticist at the University Medical Center in Maastricht.

In 2009 Wendy van Zelst-Stams started at the Radboud university medical center as a staff member in the department of clinical genetics and she continued her work as head of the department of clinical genetics in 2012. She serves on several (inter)national boards focused on rare and inherited disorders. For example, in 2014 she started as project leader "identification of expertise centers for rare diseases" at the NFU, in 2018 as coordinator of Orphanet NL and in 2019 as president of the Dutch Clinical Genetics Society. She also serves as the Dutch representative in the Board of Member States for European Reference Networks for Rare Diseases at the European Commission.