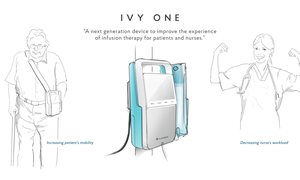 The latest edition of staff magazine Radbode includes a spread showing the wearable infusion pump they have developed.

Read the Radbode and the Ivy Medical spread (pages 4-5, in Dutch)

The spread is in Dutch, this is what it says:

That’s how many hours a patient spends in bed during the day. To improve mobility, Health Innovation Labs (HIL) and start-up Ivy Medical joined forces in developing a wearable intravenous dripping system. This innovative idea originated from a Hackaton four years ago, according to business innovator Barend Heerend from HIL. Then the idea was awarded by the iBoard and received support from HIL. We are now testing the quality and safety of the prototype. This will be followed by CE-marking.

We expect the system to be launched in little over a year. The department of Orthopedics is the first to test the system in patients, increasing their mobility compared to the current IV pole. Barend: “We expect that patients are mobilised earlier and more, accelerating their recovery”. The new system has more expected advantages: “We now have two types of pumps; one for large volumes and one for precise administration. This wearable system is two-bird-one-stone. It can handle two pumps at the same time. This allows treatment planning several hours ahead. Better for the patient and time-saving for the nurses.”

On the 5th of October, over 100 scientists, investors and entrepreneurs came together at the second Radboudumc Investment Day, jointly hosted by Radboudumc, Oost NL and Briskr. 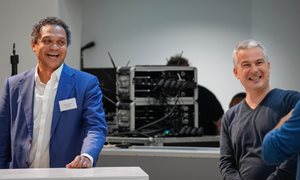 Get ready for Radboudumc Investment Day 2022: October 5 in Nijmegen! 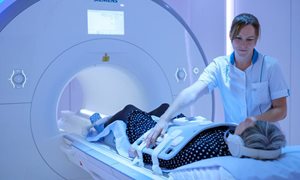 28 October 2021 In collaboration with Radboudumc, Ivy Medical has finished the first tests of the wearable intravenous dripping system. read more 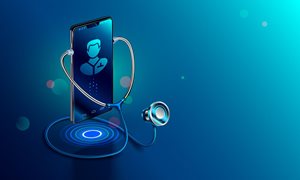