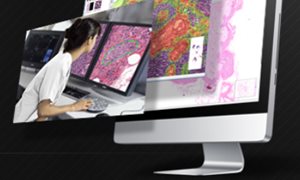 Artificially intelligent computer algorithms can equal human pathologists in detecting metastases of breast cancer in lymph nodes. This was demonstrated during the CAMELYON16 challenge of Radboud university medical center. In an article to be published in JAMA (Journal of the American Medical Association) on 12 December, researchers have shown for the first time that deep learning algorithms have sufficient quality to make routine diagnoses based on images of tissue preparations. The technique can help pathologists make better and faster diagnoses.

Between November 2015 and November 2016, researchers from Radboud university medical center organized the CAMELYON16 challenge. Machine learning researchers were given the opportunity to create a computer algorithm that can independently make a diagnosis based on pathology images. More specifically, this involved detecting metastases of breast cancer in lymph nodes. The challenge was accepted by 23 research groups from around the world, and the results have now been announced.

Identify metastases
Participants in CAMELYON16 were given 270 digital images of tissue preparations, of which it was already known whether, and where, metastases could be found. Using these images, the participants developed algorithms and trained these to detect the metastases. They then received 129 new images, which they used to test the algorithm. The algorithm had to distinguish between images with and without metastases, and then locate the exact position of the metastases.

Deep learning
The participating research groups submitted a total of 32 computer algorithms. The most successful algorithms used ‘deep learning’, in which the computer learns to recognize patterns based on a large number of examples. The winning algorithm detected metastases as effectively as the pathologist who worked without time pressure. On average, this algorithm generated a false positive (a metastasis that actually did not exist) only 1.25 times per hundred images. The top algorithms performed significantly better than the pathologists who assessed the images in the realistic hospital work situation.

Better and faster
Jeroen van der Laak, researcher at the Pathology department of Radboud university medical center, coordinated the challenge: “For the first time we have seen that a computer can make this diagnosis as effectively as a pathologist. A pathologist with this algorithm is therefore better off than a pathologist without.  The patient receives the result of the biopsy sooner, and the algorithm helps pathologists make better diagnoses, even under time pressure.” The researchers expect that the technique will be suitable for use in patient care within a few years, and that the computer algorithm will increasingly be capable of diagnoses. 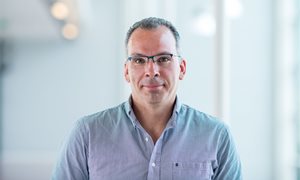 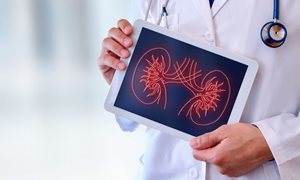 25 August 2021 A one-time measurement of the entire tumor DNA is almost always sufficient to find all DNA errors that are important for treatment. read more