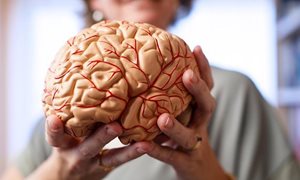 People with Parkinson’s disease who have difficulty walking can use several strategies to improve walking. New research shows that many people have never heard of or tried these strategies. The study, now published in Neurology, also shows that how well different compensation strategies work depends on the context in which they are used, such as indoors or outdoors and under time pressure or not.

Walking difficulties are among the most bothersome symptoms of Parkinson’s disease. For example, people shuffle or freeze as soon as they want to walk. "From previous research, we know that people with Parkinson’s disease often spontaneously invent creative 'detours' to overcome their walking problems in order to remain mobile and independent," said first author Anouk Tosserams. "For example, people walk to a certain rhythm, by mimicking someone else's walk, or by counting in their heads. We found that people are rarely aware of all the different compensation strategies. When they are, they often find strategies that work better for them and their specific circumstances."

They are the following seven gait strategies:

The question is how it is that these strategies help people with Parkinson’s disease. Last author Jorik Nonnekes: "For most people, walking is an automatic action. In Parkinson’s disease, this no longer works well, because the brain areas responsible for automatic control of walking are affected. The brain areas responsible for the goal-directed control of walking still function well. By consciously shifting attention to walking, these intact brain areas are utilized and walking improves." For this research, Jorik Nonnekes received a VENI grant from the NWO.

For the study, the researchers interviewed over 4,300 people with Parkinson’s disease and disabling walking difficulties. They were asked which strategies they knew and if and when they used them. People with Parkinson’s disease were found to be aware of three strategies on average, with the use of external cues being the best known. Internal cues, such as counting in the head, were also known to some of the patients. Knowledge of the other gait strategies was limited. The researchers also found that strategies worked differently depending on the context in which the person used them. For example, it made quite a difference to people which strategy they used when they were inside the house, or when they were walking outside on the street.

"Our results show that a 'one-size-fits-all' approach does not work, because different situations call for different strategies, or because individuals simply respond better to one strategy than another," said Anouk Tosserams and Jorik Nonnekes. "We need to go a step further and teach people about all available compensation strategies, for example through a special online education platform. This can help each person with Parkinson’s disease to find the strategy that works best for them. We are now developing such a website, and expect to launch it by the end of 2021."

About the publication in Neurology 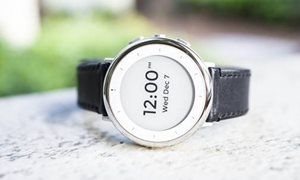