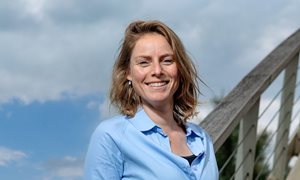 Tackling cancer with radioactive particles, administered to patients through an infusion, that target only malignant cells while leaving healthy tissue unaffected. After surgery, chemotherapy, external beam radiation and immunotherapy, this has been increasingly used in recent years. But before it gains the same status as all these other therapies, much more knowledge is needed. One of the researchers focusing on this is Sandra Heskamp, professor at the department of Medical Imaging.

Cancer is caused by changes in DNA that cause cells to divide uncontrollably. This proliferation of cells leads to damage to surrounding tissue and can spread to other parts of the body. Each year in the Netherlands more than 100,000 people are diagnosed with cancer, and although there are many treatment options available, still many (young) people still die from the consequences of cancer. That is why scientists worldwide are continuing to search for better treatment options.

One of these options is immunotherapy. What's special about this treatment is that, unlike other treatments, it doesn't target the cancer cells themselves, but the immune system. Through an infusion the patient receives medication that reactivates the body's own defense system to recognize and destroy the cancer cells. T-cells play an important role in this process. These are immune cells that directly attack pathogens (for example, also SARS-CoV-2) and other enemy cells.

Immune cells off the brake

Sandra Heskamp is professor of Nuclear Imaging and Therapy in Immuno-oncology at Radboud university medical center. She explains: "There is a lot of enthusiasm about immunotherapy, it is one of the most important developments in cancer treatment in the last twenty years."

This is recognized worldwide: the founders of this therapy, James Allison and Tasuku Honjo, were awarded the Nobel Prize in Medicine in 2018. They figured out, separately, how immune cells can get rid of the ‘brake’. Thus, within twenty years, a discovery made somewhere in an American lab, grew into a treatment that gives cancer patients worldwide hope for recovery.

For some people, this breakthrough indeed significantly prolonged survival. But it doesn't work for every patient and not for every type of cancer. Some tumors are resistant and can escape the enhanced army of T cells. "We want to know which tumors are involved, at what time and in which patients. So that we can treat those resistant cells more effectively," says Sandra, who is researching this in the department of Medical Imaging.

Sandra: "People often talk about 'the cancer cells', but tumors are made up of different components, such as the tumor cells themselves, support tissue, blood vessels that supply the tumor with oxygen and nutrients, lymphatic vessels, and the cells of the body's own immune system." All of these elements, collectively called the tumor microenvironment, talk to each other, Sandra explains. "If a change occurs in one element, a cascade of events occurs."

For example, cancer cells that lie  far from the blood vessels receive less oxygen than cells that are close to them. This causes a local lack of oxygen, also known as hypoxia. Tumor cells start to arm themselves against this in order to survive. "I sometimes compare it to climbing a high mountain. The first time I do it, I quickly get out of breath because of the low oxygen concentrations at altitude. But the third, fourth or fifth time I do it, I will be much less affected by this lack of oxygen. That's how it works with those cells too," says the researcher, who herself conquered France's Alpe d'Huez six times to raise money for cancer research.

The result of this lack of oxygen is that tumor cells become more aggressive and respond less well to treatment. And immune cells cannot do their job either, so immunotherapy is not effective. Sandra: "The big issue: how do we get these oxygen-deficient cells sensitive to treatment?"

Sandra is investigating whether this can be done with radioactive particles, radionuclides. These particles are used to deliver, via an infusion, a high dose of radioactivity very specifically to the tumor so that the cancer cells are cleared out, while normal tissue remains unaffected. "You have different radionuclides. Positive results have already been achieved with some, for example, in prostate cancer patients. My research focuses on alpha emitters, which emit radioactive particles that can also cause serious damage to cancer cells in oxygen-deficient areas. So with these, in theory, we can treat cancer cells that are resistant to conventional therapies."

But, she can't stress enough, she's really still at the starting line. Through her previous research, she knows that those hypoxic cancer cells can be reached with so-called tracers. "Now we're linking alpha emitters to those tracers. We want to know if the alpha emitters really clear the tumor cells and what effects they have on the immune response against the tumor. And of course, whether there are no unexpected side effects." Very experimental, then, she explains. "We have a lot of fundamental questions."

Sandra received a VIDI grant from the Dutch organization for scientific research in the summer of 2021 that will allow her to fund her research for five years." I want to know if this approach works. And in the meantime, we are already starting to think about how we can safely apply this in patients. Ultimately, we hope that this treatment in combination with immunotherapy will lead to better survival for cancer patients."

For the youngest female professor ever appointed at Radboud university medical center (she was only 35 years, 5 months and 3 days old), Team Science is paramount. Sandra: "As a scientist, you soon find yourself on your own island of research, on which you can become an enormous expert. But it also narrows things down. By cooperating with colleagues from other disciplines, you learn from each other. But Team Science is more: it's not just about recognition of the group leader, but about all group members being appreciated for their unique contribution to the research. I am convinced that this is the way forward for science."

Anyone who drives along the coast of the Dutch province Noord-Holland cannot have failed to notice the nuclear reactor at Petten. This reactor, NRG, is not there because of the Dutch power supply, but is one of six reactors worldwide that make medical isotopes (nuclear medicines) used in the diagnosis and treatment of cancer. They also develop the alpha emitters that Sandra is researching. Since 2019, Radboudumc has been working with other hospitals and NRG in the Fieldlab test lab with the aim of developing new nuclear medicines more quickly.

The tumor in focus

In the Department of Medical Imaging, nuclear particles are frequently used for diagnosis and monitoring of treatment effects in cancer patients. Sandra: "We still often depend on a piece of tissue (biopsy) to examine the tumor properly. But a biopsy gives us only limited information about a small part of the tumor and, moreover, does not always show the effects of treatments over time. Using radionuclide imaging, we can now make a scan of the entire patient. For example, we can see which parts of the tumor are deficient in oxygen and how well the immune system's T cells are able to infiltrate the tumor." 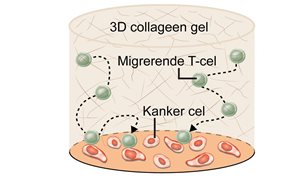 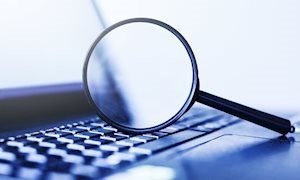 1 June 2021 Jesper van Eck van der Sluijs and other researchers have developed a method for growing different types of dendritic cells: the cells of the immune system that specialize in processing foreign substances (including tumor proteins) and presenting them to killer cells. read more 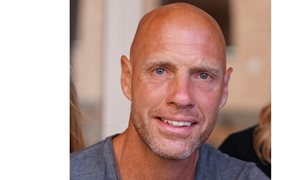 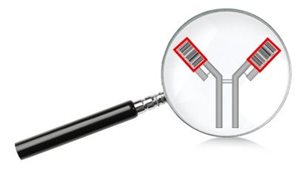