A new type of antibiotic may help millions of COPD patients and children with middle ear infections. The drug is unlikely to have any side effects and has the great advantage that no resistance development can occur.

Our bodies harbor millions of bacteria. Usually this is not a problem; in fact, we need many of these bacteria to survive. However, sometimes the balance shifts and these previously innocent bacteria can suddenly make us sick. Non-typeable Haemophilus influenzae is one of these bacteria. In children, it can cause middle ear infection, a condition that affects 65 to 300 million people worldwide. It is a major cause of hearing loss. The bacterium is also found in the vast majority of patients with acute exacerbation of COPD, which leads to three million deaths worldwide every year.

To cause disease, the bacterium needs sialic acid, a sugar that is abundantly available in our bodies. The bacterium does not contain these sugars, so it takes them from us. After absorbing the sialic acid, the bacterium incorporates the sugar into its cell wall. As a result, the bacterium makes itself “invisible” to the immune system, which can no longer recognize the bacterium and therefore leaves it alone.
This “invisibility cloak” prompted researcher Jeroen Langereis (photo), theme Infectious diseases and global health, and his colleagues at Radboud university medical center and Radboud University to determine whether they could prevent the incorporation of sialic acid into the bacterial wall. They experimented with individual cells and their intervention worked. "The drug we designed for this experiment is a new type of antibiotic," explains Langereis. The bacterium actively absorbs sialic acid via a transporter. The new antibiotic agent enters the bacterial cell via the same transporter. The human body produces sialic acid, but its cells do not have a sialic acid transporter. Therefore, the new drug is probably not harmful to our own cells.

Perhaps the biggest advantage is that the bacterium cannot develop resistance to the drug. To do so, the bacterium would have to turn off its transporter. "If that happens, the outcome would be equally positive. By turning off the transporter, it can no longer absorb sialic acid, meaning it can’t cause disease,” says Langereis.
Many people with middle ear infections and COPD are treated with antibiotics. Therefore, the chance that bacteria will develop resistance against these drugs is high. It would be ideal to give those large patient populations a drug to which bacteria cannot develop resistance, and which is just as effective as current drugs.

Another advantage is that the effect of the new antibiotic drug is specific to this bacterium. However, it is essential that the treating physician is certain that non-typeable Haemophilus influenzae is the cause of the infection. “Presently, that is not necessary because antibiotics kill entire groups of bacteria,” explains Langereis. The technique for making this diagnosis is already available, but it needs to be developed further. “Normally, an antibiotic kills many kinds of bacteria in your body. With long-term use, changes are made in the composition of bacteria in the body, the microbiome. As a result, patients often suffer from side effects, such as diarrhea.” The newly discovered antibiotic probably has no side effects in humans.

“The next step is to test the drug in mice. If it works just as well in mice as in a petri dish, we will continue with clinical trials. With a bit of luck, we can prescribe this drug to patients in about five to ten years,” says Langereis. 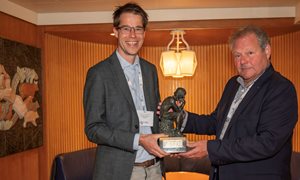 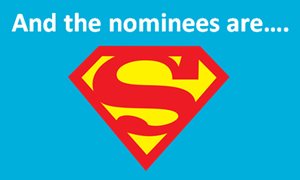 Vote for the Supervisor of the year 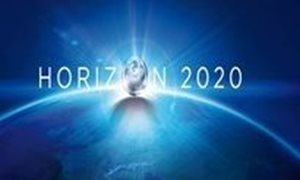 It is raining Horizon 2020 grants for RIMLS researchers

15 August 2019 Horizon 2020 is the biggest EU Research and Innovation programme ever with nearly €80 billion of funding available and running from 2014 to 2020. This summer, no less than 8 proposals for the Radboudumc have been accepted, 4 of them even as a coordinator. read more
