Bas Dutilh, Leo Joosten, Jos van der Meer, Mihai Netea and Henk Stunnenberg made it to this year’s list of highly cited researchers. Researchers in this list are selected for their exceptional research performance and are regarded to have had a major impact on fellow scientists.

The list was recently published by Clarivate Analytics, an American company that offers services in the area of scientific research (such as Web of Science). According to the creator of the list, the awarded researchers ‘have demonstrated significant influence through publication of multiple highly cited papers during the last decade’. They produced several publications in the years 2006-2016 that rank the top 1 % by citations.

Four of the five RIMLS researchers in the list of Highly Cited Researchers 2018 are classified in the new 'Cross-Field' category, meaning they have been cited in different fields. Clarivate Analytics wants to use this category to break down the “artificial walls of conventional disciplinary categories”.

The five RIMLS reseachers are: 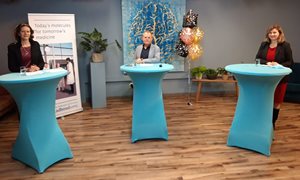 23 January 2020 Yearly, RIMLS PhD candidates gather for the two-day PhD Retreat. Apart from the science, this event is highly valued for the opportunity to meet and get to know fellow PhD candidates during the social activities. Early bird registration and abstract submission deadline: 4 March 2020. read more 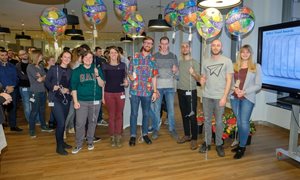 12 September 2019 Recently, RIMLS held an internal call for Radboudumc junior researcher (PhD) positions. Congratulations for all the awardees and all the best in conducting the research projects. read more
