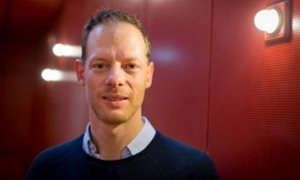 Rick Helmich, researcher at the Donders Center for Medical Neurosciences, receives a grant of $ 693,000 from the Michael J Fox Foundation. With this he can investigate the brain mechanisms that are responsible for the progression of Parkinson's disease. In theresearch He uses the data collected in the Personalized Parkinson Project.

To this end, they will make use of the data from the Personalized Parkinson Project (led by Bas Bloem), which is a longitudinal study in 650 Parkinson patients who will receive brain scans at baseline and after a followup of 2 years.). For the project, they will use half of this population (n=325), who will perform a motor task in the fMRI scanner at both time points. The task is optimized to detect dysfunctional activity in the basal ganglia, and compensatory activity in cortical regions (parietal cortex). They will relate changes in activity on both regions to clinical disease progression.

If they show that disease progression is mainly caused by changes in compensatory activity (rather than dysfunctional activity in the basal ganglia), then this may shift the treatment focus from cells that are gone (dopamine depletion) to cells that survive (compensation).