You cut your finger? Patch it up with a band aid and let the healing begin. How convenient would it be if this would work in an eye. If you can cure blinding eye diseases with a band aid, or at least slow them down.

Those band aids are in the making; researchers from the department of Human Genetics developed six new molecular patches for treatment of the hereditary Stargardt disease. This month, Rob Collin and Frans Cremers published about it in the leading journal Genetics in Medicine.

Stargardt disease is an eye disorder that leads to visions loss, starting with a blurred spot in the centre of both eyes. “If you have Stargardt disease, the dropout starts there”, explains Cremers. 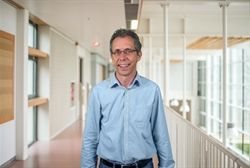 The disease usually manifests itself at a young age, in adolescents and young adults, and worsens greatly over time. Patients usually do not completely go blind, but it comes close: watching TV or driving a car becomes very difficult within a timespan of twenty years. Cremers: "It’s often emotionally extra tough that the diagnosis comes at a young age, when people are just starting to choose an education or start a career. They often have to completely change their plans.”

Stargardt disease is hereditary and occurs in roughly 1 in 10,000 people. That is almost 800,000 patients worldwide. They were unlucky to be born with two ABCA4 defects in their DNA that lead to the eye condition. The two errors - genetic mutations - are inherited from the parents, one from the mother and one from the father.

Treatment does not exist yet, but comes closer thanks to the molecular band aids of Rob Collin. "With such a band aid we can ‘block’ the mistakes," he says. "Errors in the DNA cause a disturbed function of the proteins in our eyes. The protein in question, ABCA4, normally cleans up waste products.” This doesn’t work properly due to these errors in the DNA. In time, the cells that provide sharp vision and let us discriminate colors, the so-called cones, gradually break down. “By masking the mutations, the cells will eventually start producing good proteins again.”

A similar kind of molecular band aid was developed a few years ago for a type of inborn blindness. For this retinal disorder, Cremers and his colleagues also succeeded to detect errors in patient’s DNA. Through a collaboration with the company ProQR Therapeutics from Leiden, the technique was put into practice. With good results: in several patients an improvement of the vision was measured following administration of the molecular band-aid.

Such a molecular band aid is quite different than the household band aids we all know from our medicine cabinets. The miniature plaster is in fact a synthetic RNA molecule (RNA is the intermediate state in the conversion of DNA into proteins), dissolved in a liquid and is injected into the eye by an ophthalmologist. The band aid finds its way to the correct cell and blocks exactly that part of the RNA that causes the wrong proteins. After this, the body will produce only healthy proteins. Whilst in the case of hereditary blindness an improvement in vision was measured, the band aid in Stargardt disease is primarily intended to ensure that vision does not deteriorate any further. The sooner the treatment starts, the more vision can be retained.

To make sure the band aid covers the right parts, it must be clear where exactly the mutations are. Recent research of the group of Cremers has led to the creation of a large number of extra spots in our DNA where the mutations can be found. These findings are remarkable because the errors cannot be found in the usual regions of DNA. Instead they were located in regions between the places where diagnostics normally takes place. Cremers: “The ABCA4 gene consists of approximately 130,000 building blocks, of which 6,819 are examined during a regular genetic test. In this study, colleagues Riccardo Sangermano, Alex Garanto and Mubeen Khan have looked at all 130,000 building blocks.” In this week’s publication (Sangermano et al. 2019), the researchers describe how they investigated 36 patients with Stargardt disease, with only 1 previously identified mutation. Thanks to the new method, the second mutation was found in 24 of them, crucial knowledge to make a suitable molecular band aid. Cremers: “Since this publication, we have found a few more already.”
In some cases, detecting abnormalities in the RNA is only possible by looking at the eye cells of a patient. Because these can’t easily be extracted from a living eye, the researchers previously developed a method to grow retinal cells based on skin cells from patients, via so-called stem cell technology (Albert et al. 2018).

The improvements are the result of an accumulation of scientific studies in recent years. Five grants from patient organizations and scientific institutions from the Netherlands, the EU and the USA provided the necessary millions needed in the fight against eye diseases, including a respectable EU subsidy for a Marie Curie Training Network called StarT. Thanks to the several studies, a large group of mutations has now been identified that cause Stargardt disease. Every combination of mutations requires a different band aid. If Stargardt disease is diagnosed, future healthcare providers therefore must determine the errors involved. Collin: “If Stargardt disease is diagnosed, doctors can now use the patient's blood to analyse all causal mutations in the ABCA4 gene. This way you can find out which errors are causing it and, subsequently, which band aid may work.” 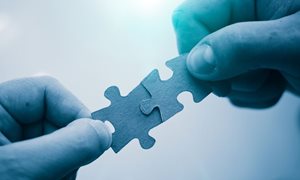 Rob Collin and Frans Cremers have been awarded a £ 120,000 grant from the RP Fighting Blindness society in the UK. 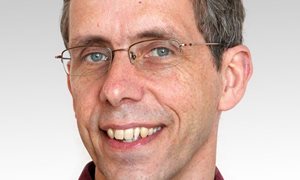