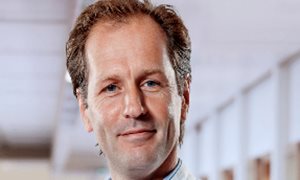 Robin Nijveldt was appointed Professor of Cardiovascular Imaging at Radboudumc, with effect from 1 June 2019. Nijveldt is an expert in the field of cardiac imaging and cardiac MRI in particular, with a focus on coronary artery disease and cardiomyopathies. He focuses primarily on adults with acquired or genetic heart disease.

As a professor in Nijmegen, Nijveldt will further expand existing research on cardiac involvement of systemic and geneticdiseases, and set up new research in the field of cardiac imaging, specifically MRI, in the diagnosis and decision-making of multi-vessel coronary artery disease and inflammatory cardiovascular disease.

Nijveldt teaches students in the medical and biomedical science programmes in the fields of general cardiology, acute coronary syndromes, and cardiac imaging. At the hospital, he teaches assistants and physician’s assistants in the field of cardiac imaging. He also teaches cardiac imaging in the Netherlands and abroad to cardiologists in training, cardiologists and radiologists.
Robin Nijveldt (Amsterdam, 1977) studied medicine at VU University Amsterdam from 1996 to 2002. From 2003 to 2008 he contributed to a research study at Amsterdam UMC (location VUmc) on the value of MRI after an acute heart attack and the effects of stem cell transplantation after a heart attack.

Nijveldt specialised in cardiology at OLVG (location West, Amsterdam) and Amsterdam UMC (location VUmc), studied echocardiography and cardiac CT, and spent a year working as a postdoctoral researcher at Duke Cardiovascular Magnetic Resonance Center (Durham, NC, USA).
In 2013 he was registered as a cardiologist with focus on cardiovascular imaging (CT, MRI, echocardiography, nuclear imaging). From 2013 to 2017 Nijveldt worked as an imaging cardiologist at Amsterdam UMC (location VUmc). Since 2017, Nijveldt has worked as an imaging cardiologist at Radboudumc. 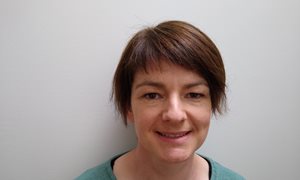 In the journal Radiology RIHS researcher Keelin Murphy described how an artificial intelligence system (CAD4COVID-XRay) can identify characteristics of COVID-19 on chest x-rays with performance comparable to six independent radiologists. In The Bone & Joint Journal, RIHS researcher Stan Wijn et al. showed that corticosteroid injections in the knee joint are associated with an increased risk of knee arthroplasty in patients with, or at risk of developing, symptomatic osteoarthritis of the knee.