Pharmaceutical company Khondrion, a spin-off from Radboud university medical center, has taken another important step in the development of its drug sonlicromanol. The first patients have used the drug as part of a phase 2b study, which focuses on determining the optimum dose and efficacy. The results of the study are expected at the end of this year.

Biological battery
Khondrion was founded by Jan Smeitink, theme Metabolic disorders. The company specializes in drugs for people with hereditary mitochondrial disease – also known as energy metabolic disorders. Mitochondria are organelles that are found in the cells of most eukaryotic organisms. They generate most of the cell's supply of adenosine triphosphate (ATP), which is used as a source of chemical energy. Mitochondria can be compared to biological batteries. These batteries may become defective due to changes in the DNA, which can cause disorders such as MELAS and MIDD. MELAS stands for Mitochondrial Encephalomyopathy, Lactate Acidosis and Stroke-like episodes. MIDD stands for maternally inherited diabetes and deafness. Sonlicromanol has been developed to treat these disorders.

Three international centers
The phase 2b study is funded in part by a European Horizon 2020 grant of more than €2 million that the company received previously. The main outcomes of the study are the optimal dose of the drug and its efficacy for the patients participating in the study. These patients are being treated at three internationally recognized centers for mitochondrial diseases in Europe; the University of Newcastle (UK), LMU Munich (Germany) and Radboud university medical center.

Improved cognition
Smeitink describes the study: “We are mainly investigating whether the drug improves cognition. We found indications for this in the phase 2a study. In the current study we are determining the dosage of sonlicromanol that results in improvements in the patients’ perception, thinking, memory, attention and concentration. Our aim is therefore to confirm the previously found positive effects on cognition and – if this is confirmed – to determine the most effective dose. The study is double-blind and is randomized into two groups, one receiving sonlicromanol and the other a placebo. We expect the results in the second half of 2020."

Substantial impact
In the previous phase 1 and phase 2a studies, the efficacy and safety of sonlicromanol were assessed positively. "The start of this phase 2b study is another important milestone for Khondrion," says Smeitink. “We not only want to make the drug available to treat patients with this specific condition, but also for many other energy metabolic disorders. The impact of this kind of disorder on patients’ daily lives can be substantial, especially due to cognitive impairment. In the second half of 2020, we expect to start the first trial in children with energy metabolic disorders. It would be fantastic if sonlicromanol could soon improve the quality of life of patients with mitochondrial disease." 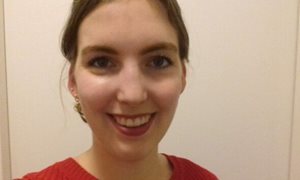 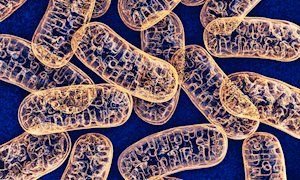 Medication for the body's malfunctioning energy system in the works