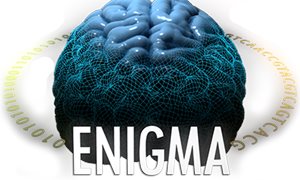 The worlds’ largest comparative study with brain scans of patients with ADHD, ASD and OCD showed subtle, but interesting, differences in subcortical and cortical brain structures. This study is performed by the ENIGMA consortium, a worldwide collaboration that brings together researchers in imaging and genetics to understand brain structure, function, and disease, based on brain imaging and genetic data. Researchers of Amsterdam UMC and Radboudumc now published their findings in the American Journal of Psychiatry.

Participants were diagnosed with Attention deficit hyperactivity disorder (ADHD), autism spectrum disorder (ASD), and obsessive-compulsive disorder (OCD). These are common chronic neurodevelopmental disorders: symptoms mostly develop early in life (ADHD, ASD) or later in childhood (OCD) and often persist into adulthood. Characteristic symptoms are inattentiveness, impulsivity, and hyperactivity for ADHD; impairments in social communication and stereotyped behaviors for ASD; and repetitive thoughts (obsessions) and ritualistic behaviors (compulsions) for OCD. Although each disorder is distinguished by its own core symptoms, the disorders frequently co-occur and overlap in phenomenology and pathophysiology.

With the support of the ENIGMA consortium (abbreviation for Enhancing NeuroImaging and Genetics through Meta-Analysis) brain scans of children and adults from all around the world were compared in large numbers. Using brain scans of 12,198 individuals from 151 cohorts worldwide, the researchers extracted subcortical volumes, cortical thickness, and cortical surface area estimates, using harmonized data processing protocols. This provided the researchers with an enormous amount of data and creates an ideal position to investigate overlap and specificity of ADHD, ASD, and OCD. Odile van den Heuvel, professor of neuropsychiatry at Amsterdam UMC who led the analysis, says: “With this first publication we show that worldwide collaboration at this large scale is possible.”

The results revealed differing patterns of subcortical and cortical alterations among the disorders across childhood, adolescence, and adulthood. They showed that children and adolescents with ADHD specific have smaller intracranial volume and adults with ASD specific have thicker frontal cortices. There were no OCD specific findings. No brain differences were shared among all three disorders. Overall, the results are robust, but subtle, and they support previous work that emphasize brain differences in the three disorders. According to Jan Buitelaar, professor of psychiatry at Radboudumc, it is of interest that this large scale study shows smaller differences than studies with fewer patients. “Apparently bias almost inevitably occurs in the smaller studies, which underlines the great value of consortia like ENIGMA that enable large studies.” Van den Heuvel adds: “We can now proceed with other imaging modalities, for instance focusing on structural and functional connectivity across related disorders, and link overlap and differences in brain structure to genetic variance.”

Read more in the publication Subcortical Brain Volume, Regional Cortical Thickness, and Cortical Surface Area Across Disorders: Findings From the ENIGMA ADHD, ASD, and OCD Working Groups in the American Journal of Psychiatry.