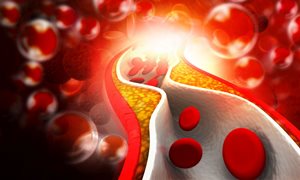 Atherosclerosis is caused by cholesterol that builds up in the vessel wall and triggers chronic inflammation. It has been well established that cholesterol lowering drugs help to treat atherosclerosis. Recent research has shown that inhibiting inflammation can also help to prevent heart attacks and strokes. The challenge now is to find ways to inhibit inflammation specifically in atherosclerosis, without impeding the rest of the body's defenses that protect us against infections.

Switch off the power

An international team of researchers, led by Raphaël Duivenvoorden of the Radboudumc in the Netherlands, has investigated what happens when you “switch off the power” of macrophages. The main metabolic switch is a protein complex called mTOR. Using nanotechnology, they were able to specifically turn off this switch in macrophages and investigate its effect on atherosclerosis in a mouse model. “We saw after only a single week of treatment that atherosclerotic lesions shrinked and the inflammation decreased”.

This result sparked their interest in unraveling the molecular mechanism underlying this potent anti-inflammatory effect. Their analyzes consistently revealed an important role for a protein called Prosaposin. Its role in atherosclerosis was sofar unknown. “In additional experiments we found that Prosaposin has an important effect on macrophage’s metabolism. We also observed less development of atherosclerosis and vessel wall inflammation in mice that cannot produce Prosaposin. ”

Prosaposin and atherosclerosis in humans

Watch here a video about this subject. 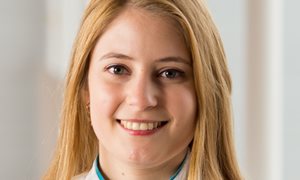