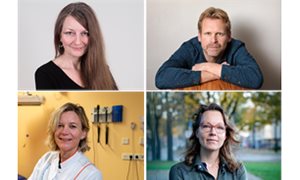 In the past, developmental neuroscience was not a field in which people from different disciplines cooperated very much. However, in recent years, the approach has been gradually changing. Four newly appointed professors at Radboudumc and the Donders Institute - Annette Schenck, Tjitske Kleefstra, Nanda Rommelse, and Rogier Kievit - understand the importance of teaming up. Although they work in different fields of research, they are committed to working together.

In an hour-long conversation, the professors showed great team spirit and genuine interest in each other’s work. According to Kievit, an expert in the development of cognitive abilities, there is an “increasingly common appreciation that we need to collaborate beyond our own labs.” He feels that working together is very beneficial when it comes to sample size, generalisability and diversity of populations. “For example, collaboration makes it easier to combine insights from different countries. Ideally, we should collaborate even more in developmental neuroscience because we now focus strongly on industrialised countries.”

Rommelse, a professor of neurodevelopmental disorders, pointed out that Nijmegen’s developmental neuroscience department is known for researchers who look beyond their own discipline. “For a long time, it was fine to work on an island,” she quipped. “Many developmental neuroscientists didn’t see the need for collaboration. However, it’s increasingly acknowledged that lifestyle, social bonding, negative life experiences, etc. are vital to fully understanding the developing brain. Vice versa, clinicians are increasingly aware of the need to be informed about progress in more fundamental research.”

As a professor of Clinical Genetics and Psychopathology of Rare Syndromes, Tjitske Kleefstra had already teamed-up with Rommelse and Schenck in clinical and research projects. Her association with Kievit, who recently moved to the campus, has just started. She sees herself as a lynchpin between research and clinic. “It’s a huge field, and there’s a lot to study, as new technologies have given us so much information, especially in the last ten years. On the biology and clinical research side, we lag behind, so we need to make an extra effort to learn from what can be delivered by all these new genetic testing options.”

Professor Schenck knows the inner workings of the brain of the fruit fly Drosophila. She calls it an “exotic expertise.” The insect’s brain has a surprising number of similarities to the human brain: the same cell types, molecules, and the way they interact. Kleefstra and Schenck work together on specific neurodevelopmental syndromes (disorders resulting from mutations in a specific gene). “We have collaborated on several disorders that Tjitske has identified, most importantly on the one that carries her name, ‘Kleefstra syndrome’,” said Schenck. “In Drosophila, we learned a lot about the function of the affected gene and what goes wrong in the nervous system if the gene is mutated. Now, using the Vici grant that I recently received, we will search for drugs that can restore learning in the fly model of Kleefstra syndrome.”

The professors thought that the fact that they started at roughly the same time was merely a coincidence, although it was clearly part of a broader move. The four chairs are part of the Radboud University’s dedication to neuroscience and neurodevelopmental disorders. The coherence and complementarity of the four help the interdisciplinary mission in Nijmegen. “If we all collect our own small sample studies, that often won’t provide answers to the questions we are most interested in,” Kievit says. That’s why, according to the professors, the Donders Institute is such a good place to facilitate this. Despite having a wide range of backgrounds and expertise, they are literally within walking distance of each other. Schenck: “This is a strong feature of research in Nijmegen and we’re all for it.” 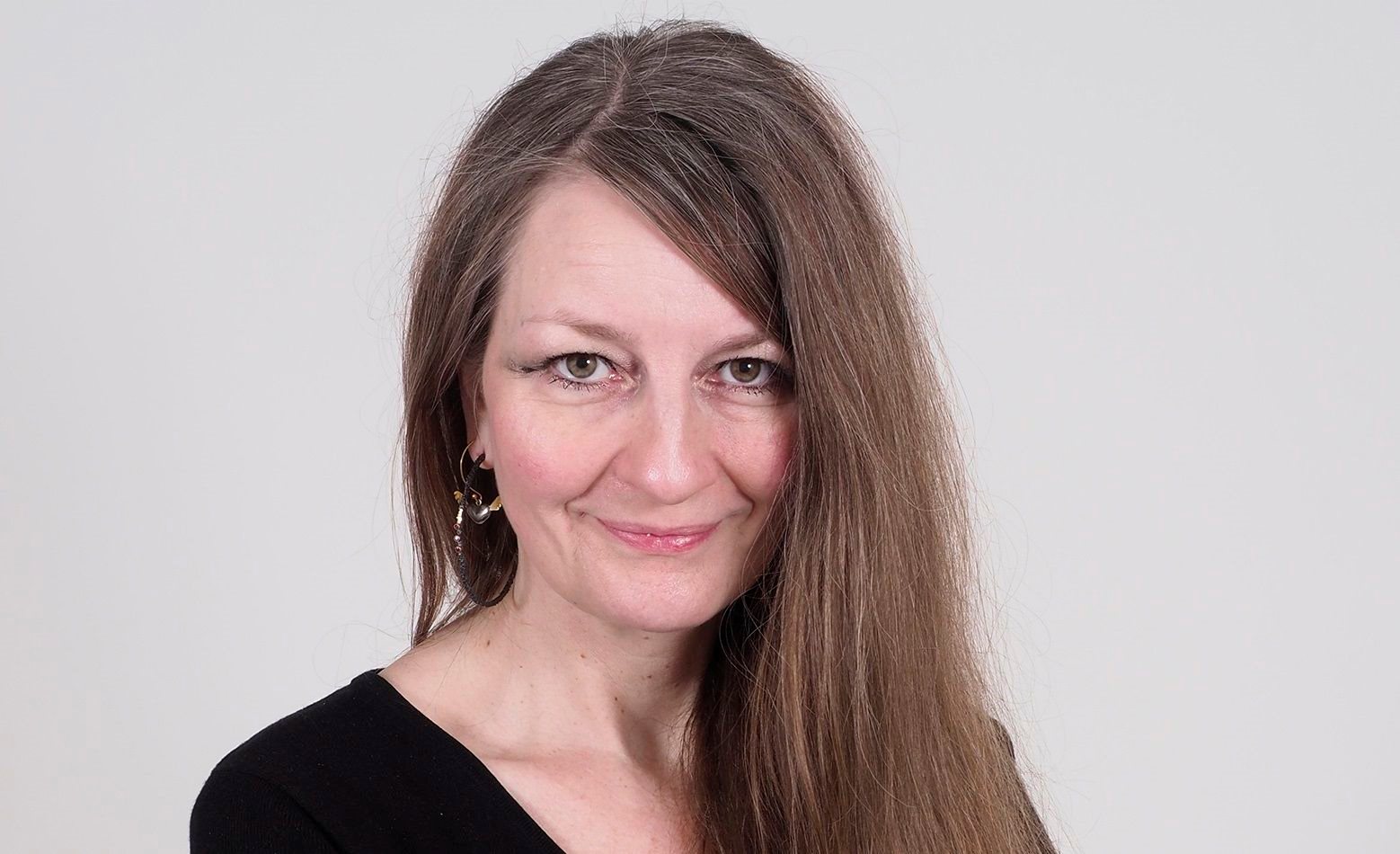 Annette Schenck is an expert in developmental brain disorders. At Radboudumc, she has been appointed as Professor of Translational Genomics of Neurodevelopmental Disorders. She has a close professional relationship with – and love for – the fruit fly Drosophila, a powerful and cost-effective genetic model. Looking into Drosophila brains helps us to understand how early cognitive brain disorders occur and how to treat them. Schenck studied biotechnology in Berlin, got her PhD in Strasbourg, and did her postdoc in Dresden.

Tjitske Kleefstra is an endowed professor of Clinical Genetics and Psychopathology of Rare Syndromes at the department of Human Genetics and set up the Vincent van Gogh Centre for Neuropsychiatry in Venray. She discovered the Kleefstra syndrome, a rare neurodevelopmental disorder with various somatic and neuropsychiatric features. As a clinical geneticist, she aims to improve diagnostics and clinical management for neurodevelopmental syndromes by bridging the gap between research and the clinic. Kleefstra has received several awards for her work, as well as major personal grants. 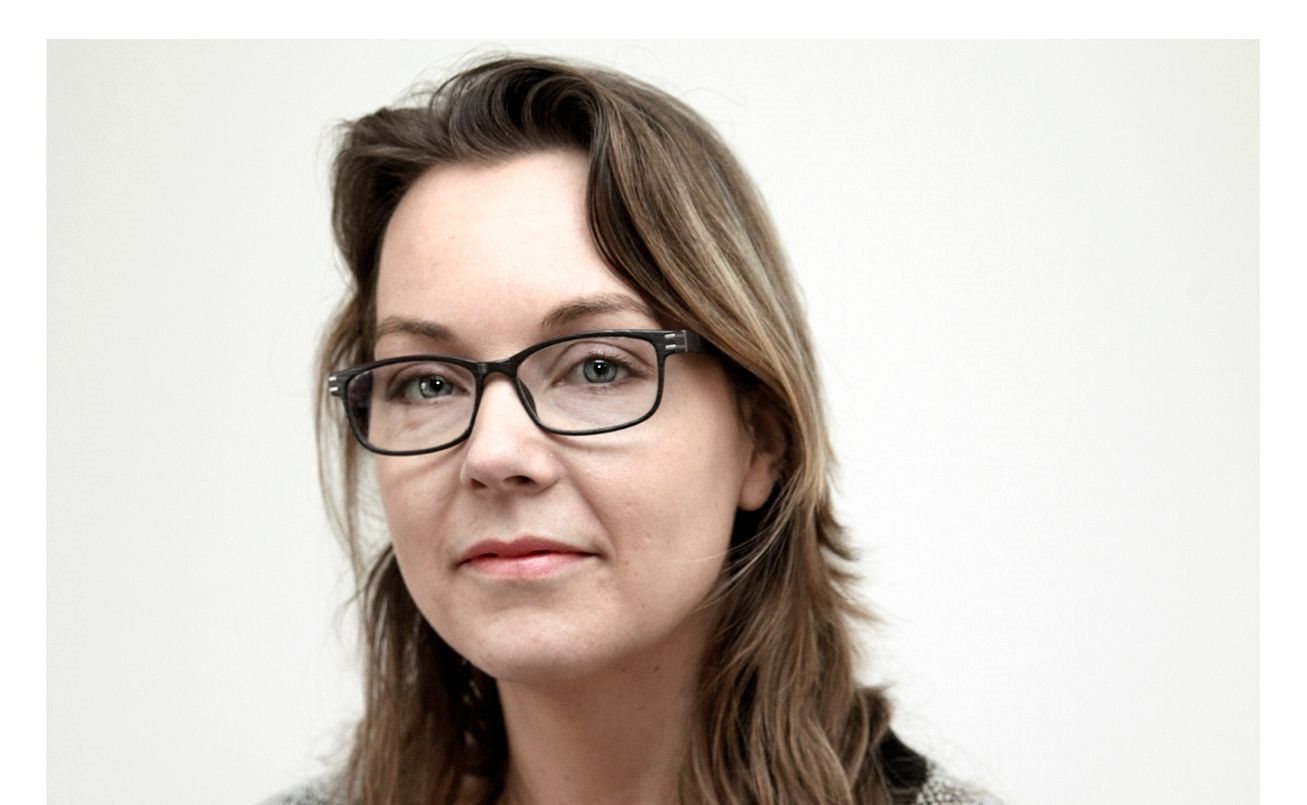 Nanda Rommelse is an endowed professor of Neurodevelopmental Disorders, connecting the psychiatry department of Radboudumc with ‘Karakter child and adolescent psychiatry’. She is also actively engaged in patient care as a clinical neuropsychologist, thus facilitating dialogue between those involved in patient care and scientific research in the field of neurodevelopmental disorders. Her research focuses on early detection and prevention, in addition to refining and modernising diagnostics, treatment and prognosis. Rommelse has received various large research grants as well as personal awards and is within the world’s top one percent of experts on autism and ADHD according to Expertscape.