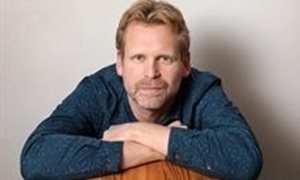 Contrary to popular belief, a new study from the Lifebrain consortium at the University of Oslo finds that higher education does not slow brain aging. All brains shrink with age, and the dominant view has been that more education slows the rate of shrinking. However, the evidence has been inconclusive because studies have not been able to track the rate of change over time. Until now.

Brains shrink at the same rate

Through the pooling of several European brain data sets from the Lifebrain consortium, the current study has been able to track brain changes in individuals over many years.

They found that whereas highly educated people have slightly larger brain volumes than less educated people, their brains shrink at the same rate throughout life.

“This finding suggests that higher education does not influence brain aging” says Lars Nyberg from Umeå University in Sweden, first author of the study and also a part of the Lifebrain consortium.

The researchers measured brain aging by measuring the volume of the cortical mantle and hippocampus regions of the brain, in MRI scans from more than 2000 participants in the Lifebrain and UK biobanks. These areas of the brain are prone to shrinkage over time, as a natural part of aging. Participants’ brains were scanned up to three times over an 11 year period, in what is known as a “longitudinal” study.

“This is what makes this study unique,” says Nyberg. “The study is a large-scale longitudinal test, with replication across two independent samples, and is one of the largest of its kind.”

The researchers compared the rate of the shrinkage of these areas in people who had attained higher education before the age of 30 and those without. The participants ranged from 29-91 years of age.

“The study does not say that education is not important,” stresses Anders Fjell from the University of Oslo, also one of the main authors of the paper.

“Education is associated with advantages in life, but we cannot from this study say whether education caused these advantages. If people with high education have larger brains to begin with, this may delay the onset of dementia or other conditions associated with lower cognitive functioning,” says Fjell.

“The bottom line is that all people’s brains shrink eventually, but the rate of this shrinkage does not seem to be affected by how many years you spent in school,” concludes Fjell.

Rogier Kievit from the Radboudumc and the Donders Institute for Brain, Cognition and Behaviour, collaborator on the study, echoed these points: ‘To really understand the impact of differences in experiences on how our brains develop, we must study how brains change in people across health and disease. Our European Lifebrain collaboration allows us to study how this happens in unprecedented detail. These findings show, intriguingly, that more education doesn’t necessarily lead to slower brain ageing. In future work we will further tease apart which factors play a key role in brain health, and how to best maintain a healthy and independent life into old age’.

Lifebrain is an EU-funded Horizon 2020 consortium integrating data from 6000 research participants collected in 11 European brain-imaging studies in 7 countries. The major goal of the project is to ensure a fuller exploitation, harmonization and enrichment of some of the largest longitudinal studies of age differences in brain and cognition in Europe. 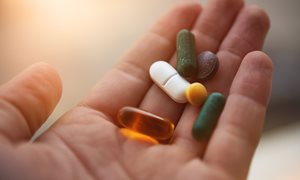 The Kinderformularium, developed in the Netherlands, now also provides pediatricians and pharmacists abroad with a database of drug dosage recommendations specifically aimed at treating children.

Two researchers from the Radboudumc have received a prestigious award from the Translational Research Acceleration Program of the Foundation Fighting Blindness USA.

Their fields of expertise cover the entire (bio-)medical field, ranging from fundamental and translational to clinical research, education and patient care. 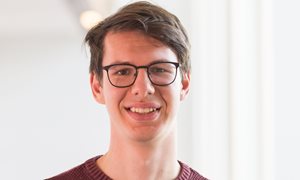 Embryonic development and magnesium homeostasis is regulated by Cyclin M2