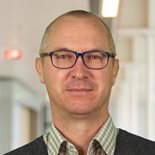 Ronald Roepman is a molecular biologist and geneticist. His research goal is to molecularly characterize the disease pathogenesis of a relatively new group of hereditary diseases, the ciliopathies. read more
Listen

Ronald Roepman is a molecular biologist and geneticist, who's challenging research goal is to molecularly characterize the disease pathogenesis of a relatively new group of hereditary diseases, the ciliopathies. These are disorders resulting from dysfunction of the cilium, a slender cellular protuberance first reported in 1675 by Antoni van Leeuwenhoek, and for long little more than an object of curiosity. Only in the last 15 years, an increasing number of human genetic diseases was found to be caused by disruption of a protein that localizes to cilia. This organelle, that is present in most of our cells, was found to harbour many receptors and components of key signaling cascades, such as Hedgehog, Wnt, Fgf, Notch and Hippo signaling. Therefore, disruption of ciliary function can have severe consequences for (neuronal) development, tumorigenesis and cellular homeostasis. The term ciliopathies covers a rapidly expanding group of currently over 20 genetic traits with overlapping phenotypes that ranges from relatively mild characteristics in isolated tissues with a late onset, to severe defects of multiple tissues with an onset early in embryogenesis that is incompatible with life.

The group uses systems medicine approaches to assess the composition, wiring, and dynamics of ciliary protein interaction networks, as well as their disturbance by gene mutations and genetic variation. These studies continue to unveil important knowledge about the highly ordered, interconnected but very dynamic nature of the cilium as a molecular machine, including the discovery of new ciliopathy genes. 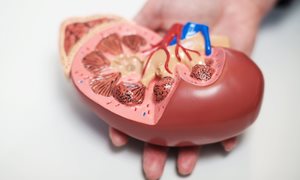 Ronald Roepman's group aims to generate detailed parts lists of the molecular machines that are active in the cilia, and identify either their structural role in the cilium, or their role in the signaling pathways that are dependent on/directed by cilia. read more