Radboud Institute for Molecular Life Sciences Organization Annual Report 2017 Societal impact
Science is an integral part of society. As such, our investigators continuously show how their research impacts society. A few examples of our outreach are shown here.

Nicoline Hoogerbrugge is the coordinator of a new European Reference Network. Here, she talks about here role in bridging science and healthcare. 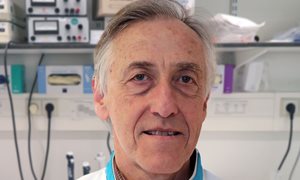 Robert Sauerwein The slow and steady road to a malaria vaccine

Robert Sauerwein and his team achieved significant results regarding a new malaria vaccine. Here, he describes the potential impact of his research for the foreseeable future.

Robert Sauerwein The slow and steady road to a malaria vaccine

For a moment, all eyes were turned to what was happening within malaria research in the Netherlands. In 2017, in a joint research project of Radboudumc, LUMC* and Sanaria, 19 people were injected with genetically manipulated malaria parasites and none of them got the tropical disease. They found a way to genetically weaken the parasites so they could not leave the liver and enter the bloodstream, which is when people may become seriously ill. Excitement grew: is a malaria vaccine within reach? Robert has dedicated thirty years to malaria research. In this interview he talks about the slow and steady road to a malaria vaccine.

Q1 So, can we really expect a malaria vaccine any time soon?

“I’d like to say five to ten years. Mind you, research is a steady process. The media wants ‘breakthroughs’ but every step is a step. We need to take each step to get there. Like, now we’re going to test the vaccine on a total of 48 volunteers in LUMC and Radboudumc. Should none of them get malaria, a next trial may start in an African country.  If successful in more African countries as a possible next step.”

Q2 But this latest step in your research did result in something tangible that the public could understand. Did you enjoy all the media attention?

“Only in as much as that it puts the importance of the disease on the agenda. When I began in this field some thirty odd years ago there were very few scientists focused on malaria. I thought: how can a disease that is responsible for so many deaths get so little attention in Western science?

I came to Radboudumc because at the time it had the most extensive malaria research program in the Netherlands. I really hope that the medical center will continue to give tropical diseases attention. In 2000, 40% of patients in African hospitals were there due to malaria

However, there has been a great change since I started. The millennium goals and other programs geared towards poverty-related diseases has helped get funding. Of course, the Bill & Melinda Gates Foundation has become a major funding source for my research. Having said that, media attention is of great importance to ensure visibility. If I can contribute by giving an interview, I will. It’s part of my job.”

Q3 Hundreds of thousands of people die of malaria every year. Is the severity of the disease your main motivation for focusing your energy on malaria?

“Sure, sure. Did you know that in the year 2000 forty percent of patients in African hospitals were there due to malaria? That’s better now but numbers are still staggering. While looking for solutions there are many paths to choose from. I like to understand fundamental aspects of an intervention but more so if it may lead to a tool that could combat malaria and save lives. That’s what gives me satisfaction.”

Q4 How would you feel if you were the second one to discover the vaccine?

“To be clear, there is no ‘the’ vaccine. We hope to discover ‘a’ vaccine for malaria. More than one vaccine will be needed because malaria parasites have a complicated life cycle and options to evade protective immune responses. So, the more researchers searching for and successfully creating a vaccine the better.

“But, then again, it’s important to be in the front line with an efficacious vaccine as the winner gets the most attention and further funding. It can become a dilemma. On the one hand, you want to share knowledge with colleagues for progress and the best outcome, but at the same time you’re also each other’s competitors with the risk that someone else runs off with your ideas.

But good collaboration pays off. That’s, for instance, how I came to work together with researchers at LUMC and the US-based company Sanaria in 2008. We had the expertise on the clinical and translational medicine and LUMC researchers on mouse models and molecular manipulation. And Sanaria can make our manipulated parasites into a vaccine product for injection. A complementary collaboration without which we wouldn’t be where we are today.”

Q5 Could you only retire once there is a working vaccine?

“I will retire when my time comes. The Bill& Melinda Gates foundation aims to eradicate malaria and for that goal a highly efficacious vaccine will be indispensible. Given the complexity of clinical malaria vaccine development, I doubt very much this will happen in my lifetime. Not necessarily because of medical limitations. Even with a perfect working vaccine, there’s difficulty in getting vaccines to all the people who need it. Look, for examples, at the implementation of the measles vaccine in some countries. People don’t come to get the second dose or the given vaccines haven’t been cooled and it loses its effectiveness.

But working out how to develop the best policy for distribution is the job of another field of researchers. I’m keen to understand how parasites influence the human immune system and vice versa and this will always hold my interest.” 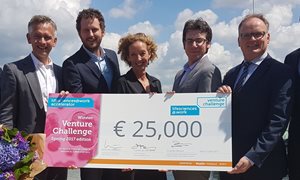 According to the Venture Challenge Jury the technological innovation of X-Heal Diagnostics addresses the worldwide issues of Antimicrobial Resistance (AMR) by its quick and specific detection. The X-halyzer technology, a patented diagnostic technology that allows specific detection of bacteria from exhaled air within one hour, directly enabling targeted treatment for patients with chronic lung diseases, has been developed by researchers from Radboud University Medical Center and Innosieve Diagnostics BV.

Marien de Jonge of the theme Inflammatory disorders states: “Our ambition is to market our X-halyzer technology for different indications and target groups, such as the diagnosis of lung infections in cystic fibrosis patients and diagnosis of tuberculosis"

Chronic Obstructive Pulmonary Disease (COPD) is a chronic respiratory condition affecting 380 million patients worldwide leading to severe morbidity and mortality. These patients are vulnerable for recurrent infection of the airways leading to exacerbations or lung attacks, characterized by severe shortness of breath and irreversible lung damage. Prevention or shortening the lung attacks is pivotal to maintain the quality of life for COPD patients, for which early diagnosis of infection is required. Current diagnostic methods take 2 to 3 days, while the patient requires treatment within hours upon arrival in the hospital. As a consequence, most patients are treated empirically with broad spectrum antibiotics. 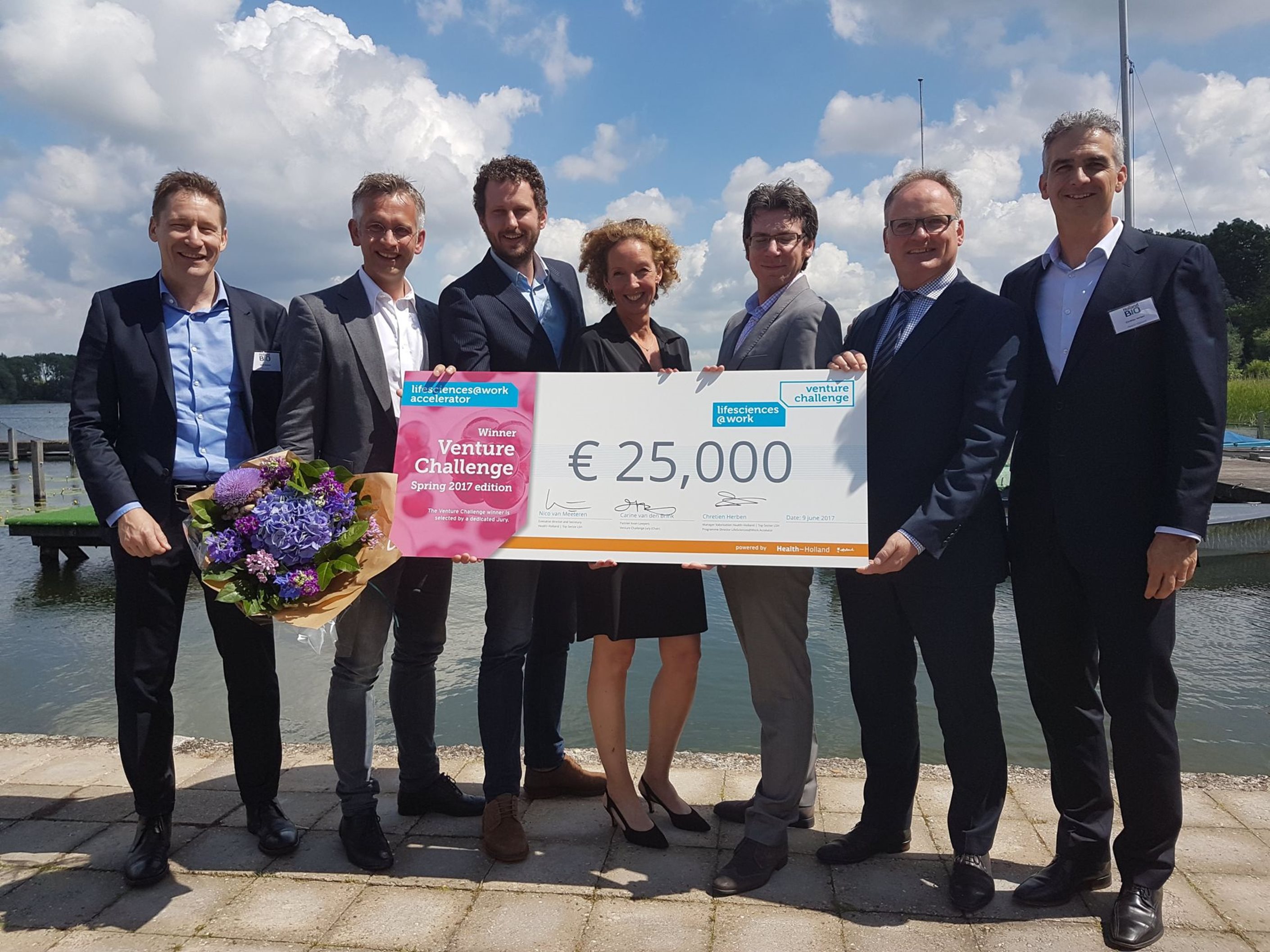 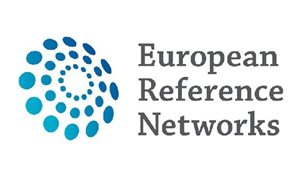 Several researchers of the RIMLS are involved as one of the leading partners in eUROGEN, a European Reference Network. Together, they will improve diagnosis, treatment and care for patients with rare urogenital diseases and conditions.

Radboudumc is one of the leading partners in the new European Reference Network eUROGEN by participation in all 3 workstreams. This Network involved 29 Health care Providers (HCP) from 11 European Member States and is part of the European Health care innovation program for Rare diseases.

The ERN for rare and complex urogenital diseases and conditions (eUrogen) is comprised of 3 workstreams (WS). Focusing on diagnosis and treatment, 'ensuring continuity of care from childhood throughout life': WS1- rare uro-recto-genital congenital anomalies; WS2 - functional urogenital conditions requiring highly specialised surgery and WS3 - rare urogenital tumours. eUROGEN will improve diagnosis, create more equitable access to high quality treatment and care for patients with rare urogenital diseases and complex conditions needing highly specialised surgery. eUROGEN has worked with the European Association of Urology in close partnership with all national European urological societies. They have 3 broad WS to ensure that as many of our patients as possible can receive high quality specialist care from birth through to the end of life. 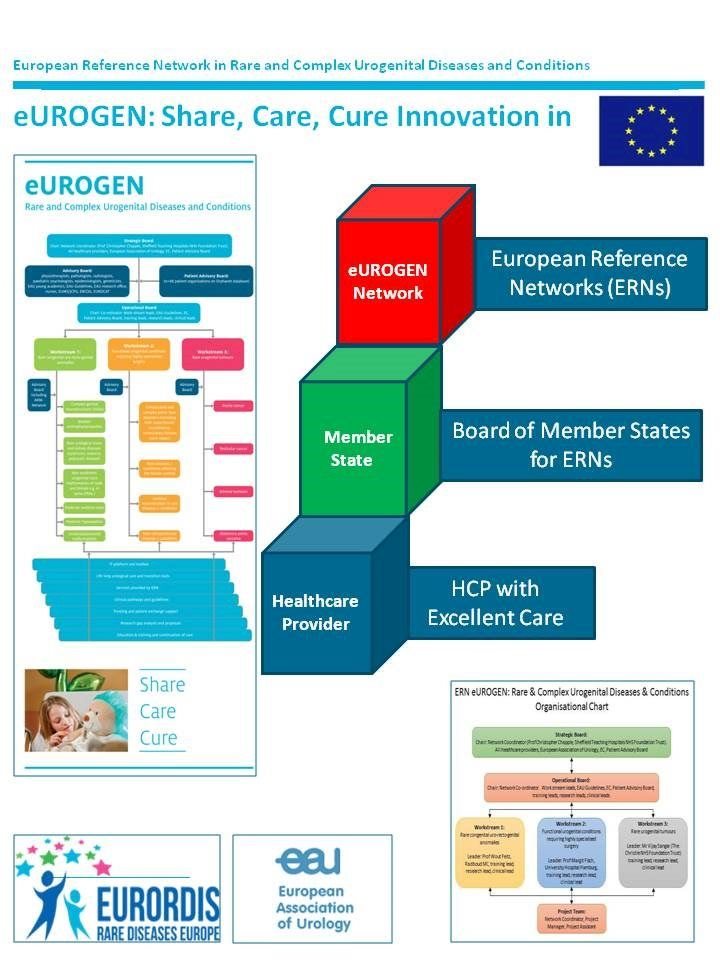 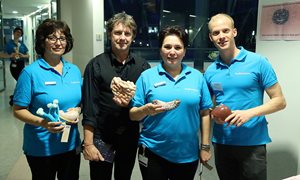 The 11th edition of our annual international symposium covered the emerging field of the microbiome. Over 330 guests from over 13 countries interacted on current achievements and challenges in this field. view event 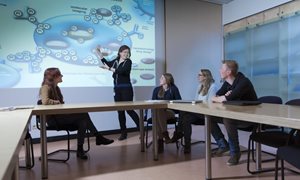 The Research Master Molecular Mechanisms of Disease (MMD) of the Radboudumc is the best Master's program in life sciences in the Netherlands according to the Dutch Master's program information guide "Keuzegids Masters 2017". It is the third time that MMD is distinguished as a "Top Master".

It is the fourth time  that MMD is distinguished as a "Top Master". MMD is part of the graduate school of the Radboud Institute of Molecular Life Sciences (RIMLS).

Each year an international group of maximally 24 students receives an intensive education and training towards a career in the molecular life sciences.