Heymut Omran obtained his medical degree from the Albert-Ludwigs-University in 1994 and subsequently completed his habilitation in 1980 on kidney failure in children. Specifically, nephronophthisis, a rare genetic disorder affecting cilia function. This early work formed the basis of his interest in ciliopathies. Currently, Heymut’s clinical and research specialty focuses on primary ciliary dyskinesia, (PCD) another ciliopathy that causes defects in cilia function in the respiratory tract. The diagnosis of PCD is a speciality in itself. Only a few centers worldwide have the necessary expertise.

Heymut Omran is the Chief Medical Director of one such center at the University Hospital Münster. In his scientific quest to understand rare hereditary diseases, his group was able to decipher many genetic defects of ciliopathies and characterize the importance and molecular mechanisms of action of motile cilia / flagella. His research has significantly contributed to clarifying the aetiology of cystic kidney disease, chronic respiratory disease, retinal degeneration, infertility and hydrocephalus. Using molecular genetics and cell biological techniques he characterized evolutionarily conserved biological mechanisms involved in the setting of left & right body asymmetry and mucociliary cleansing of the airways. Heymut Omran has won numerous awards for his research activities, most recently in 2015 the Eva Luise Köhler Research Prize for Rare Diseases. He is also an elected fellow of the prestigious Leopoldina National Academy of Sciences, one of the oldest academies of science in the world. Heymut Omran is a passionate and devoted paediatrician with a clear ambition to make a significant impact on healthcare. An inspiration to all, he has trained and mentored many young scientists to follow in his footsteps. 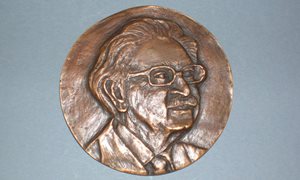 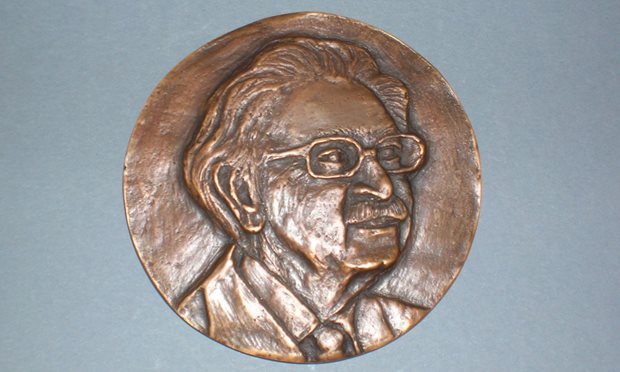 Emeritus Prof. Hans Bloemendal (1923-2015) made significant contributions to the fields of Biochemistry and Molecular Biology throughout his illustrious career and as a prominent scientist at the forefront of research on lens proteins. He was the first to provide a new insight into the complex behaviour of lens proteins, demonstrating that crystallin heterogeneity was due to a combination of multimeric associations of different crystallin polypeptides.

From 1965 to 1988, he was full professor of Biochemistry at the Radboud University, at both the Faculty of Science and the Faculty of Medical Sciences. His research group was the first to isolate translatable mRNAs coding for crystallin proteins, in a time when messenger RNA isolation was still in its infancy. Once again as a pioneer, he turned to the primary structure of crystallin polypeptides, cDNA and gene cloning. His cell biology studies not only included the spatial distribution of crystallins in the lens, lens cell culture, viral transformation of lens epithelial cells, lens aging and cataract, but also beautiful work on the cytoskeleton and plasma membrane in the lens. His love and devotion to molecular life sciences made him a role model for young students and scientists alike.

Next to his scientific career, Hans Bloemendal was active in many other areas. The most important of these is of course his singing. For more than half a century, he was the first cantor at the most important synagogue in Amsterdam. His ritual Jewish songs have been recorded many times. 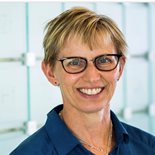 The Hans Bloemendal Medal for 2021 is awarded to Professor Laura Kiessling, in recognition of her groundbreaking work on carbohydrate-mediated interactions in cell-cell recognition and signal transduction.

The Hans Bloemendal Medal is bestowed on prominent scientists active in the field of molecular mechanisms of disease.

Alison Noble obtained her doctoral degree in computer vision from the University of Oxford in 1989. She subsequently worked as a research scientist at GE Corporate Research and Development Center for five years. In 1995 she was appointed University Lecturer Department of Engineering Science in the University of Oxford, where she became a professor in 2002. From 2012-2016 she was the Director of the Oxford institute of Biomedical Engineering. As of 2017, she is the Senior Scientific Advisor of Intelligent Ultrasound Limited, an Oxford University spin-off in medical imaging, which she cofounded. Professor Noble has made significant contributions to medical image computing, where her research interests combine knowledge of medical imaging and computational science to support decision-making in clinical medicine. Her research activities focus on image analysis in cardiovascular diseases, cancer, women’s health and microscopy. She has made major contributions to methodology development of ultrasound image analysis, for example in fusion echocardiography, multi-modality cardiac image analysis, elasticity and slip imaging for breast cancer diagnosis, and fetal ultrasound image analysis. In 2013, Alison Noble was appointed Order of the British Empire for her services to Science and Engineering. She was the first recipient of the Laura Bassi Award of the International Federation of Medical and  Biological Engineering in 2015 and she was elected as Fellow of the Royal Society in 2017. Alison Noble inspires the next generation of biomedical scientists and engineers by combining her academic and industrial network and experience to translate new engineering methodologies to clinical practice. 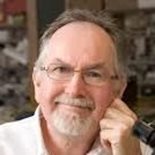 Richard Flavell obtained his Ph.D. in 1970 in biochemistry from the University of Hull. After postdoctoral fellowships in Zürich and Amsterdam, Richard Flavell also worked in industry before starting an Immunobiology Program at Yale School of Medicine in 1988, where he holds the highest academic rank as Sterling Professor. His early work was important in developing cutting-edge techniques, such as reverse genetics, which paved the way for his notable contributions to new insights and advances in the immune system. Richard Flavell co-discovered introns in genes, and worked on DNA methylation long before “epigenetics” was invented. His laboratory discovered several families of receptors crucial for interaction and recognition of pathogens and he contributed to the understanding of downstream intracellular machineries. Hereby, his group has a great impact on the deciphering of the body’s immune defenses. His contributions to science have provided insight into causal factors of chronic diseases and conditions such as obesity, type 2 diabetes, inflammatory bowel diseases and fatty liver disease. His latest work on inflammasomes, immune-microbiota interactions and immune tolerance provides exciting new possibilities for future research and therapies. For all of his work, Richard Flavell has received several awards for his outstanding research activities, such as the Milstein Award for excellence, the Vilcek Prize in Biomedical Science and the William B. Coley Award for Distinguished Research in Basic and Tumor Immunology. At Yale, he has great impact in training the new generation of scientists in the immunobiology program.

The Hans Bloemendal Medal is bestowed on very prominent scientists active in a wide variety of research fields.  > read more about the medal 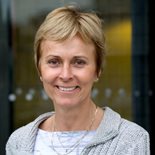 Christine Mummery studied Physics and has a PhD in Biophysics from the University of London. She received a postdoctoral fellowship from the Royal Society (UK) for research at the Hubrecht Institute where she became group leader and, in 2002, Professor of Developmental Biology. Her research focused on development and differentiation of mouse and human embryonic stem cells (hES), in particular the role of growth factor signaling in directed differentiation. She has pioneered studies characterizing cardiomyocytes from hES cells and was among the first to inject them into mouse heart and assess their effect on myocardial infarction. Currently, her lab uses stem cell derived cardiomyocytes and vascular cells as disease models for drug discovery and cardiac repair.

Christine Mummery serves on the Medical and Ethical Councils of the Netherlands Ministry of Health (CCMO), providing specialized advice on human embryos and stem cell clinical trials. She is an elected member of the Royal Netherlands Academy of Arts and Sciences (KNAW, 2010), editor and editorial board member of journals that include Stem Cell Research, Cell Stem Cell, Stem Cells, elected board member of International Society for Stem Cell Research (ISSCR), and president of the International Society of Differentiation. In addition, she is on the boards of the Royal Netherlands Academy of Arts and Sciences (KNAW), Dutch Bloemendal Medal Medical Research Council (ZonMW) and Netherlands Heart Institute (ICIN). She has written a popular book on stem cells "Stem Cells: scientific facts and fiction" (2011) intended as a semi-lay guide to stem cell biology and applications.

Christine Mummery is a passionate and devoted researcher with over 300 publications and 12,000 citations. 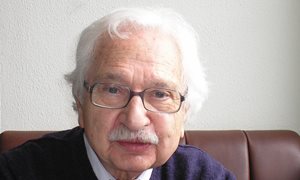