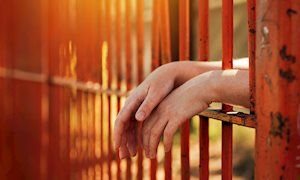 Unprotected sexual contact and intravenous drug use are important routes of infection for infectious diseases such as HIV, hepatitis B and C and syphilis. To reduce the chance of infections – in addition to knowledge transfer – improving impulse control plays an important role. This is the conclusion reached by researchers from the Radboud university medical center and their Indonesian colleagues through their research into female prisoners.

HIV, hepatitis B and C and syphilis are serious infectious diseases that are common worldwide and contribute to a higher mortality rate or significant health risks. These infectious diseases are transmitted through blood or unsafe sexual contact, among other means. People who inject drugs (intravenous drug use) or have unprotected sex are particularly at risk of these infections. In Asia, including Indonesia, this is a growing problem. Prevention programs attempt to increase knowledge about the risks, but this has only a limited effect, possibly because not only knowledge but also impulsive or reward-oriented behavior influences the spread of these infections.

In the scientific journal Plos One, scientists from Nijmegen and Indonesia, led by Arnt Schellekens, describe the relationship between impulsivity, risk behavior and infectious diseases (HIV, hepatitis, and syphilis) in a women's prison in Jakarta. Rachel Arends, first author of the study: “Indeed, we see that impulsivity among female prisoners increases the risk of these infections because it is linked to an increase in drug use and high-risk sexual behavior. Impulsivity, motivated by being sensitive to rewards, plays a major role in this.”

The research shows that efforts to reduce the spread of these infectious diseases should not only focus on knowledge transfer. Arnt Schellekens: “To prevent the spread of HIV, hepatitis and syphilis, we should pay more attention to the underlying causes of high-risk behavior. In particular, to the regulation of emotions and impulses in people with high-risk sexual behavior and intravenous drug users. The focus should not only be on knowledge transfer, but also on providing support to better deal with emotions and impulses.” 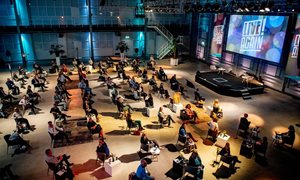 19 September 2019 Although the use of opioid painkillers in the Netherlands has risen over the past ten years, it is nowhere near the degree to which they are used in the United States, say Arnt Schellekens and his colleagues in an article published in The Lancet Public Health. read more

2 July 2019 The Dutch Cancer Society (KWF) has awarded 25.5 million euros to 50 new research projects in 16 different institutes. 8 grants are awarded to Radboudumc researchers. We congratulate our researchers with this funding and wish them success with their great work. read more