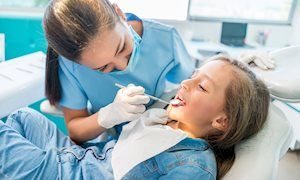 Reduced risk of obesity and diabetes is often used as an argument for introducing a ‘sugar tax’ on sweetened soft drinks. However, a sugar tax can also improve dental health. Researchers at Radboudumc have calculated that an additional 20% tax on sugar-sweetened soft drinks would result in one million fewer dental cavities (caries).

Soft drinks almost always contain a lot of sugar and therefore have many calories. Sooner or later, soft drink consumption increases the risk of obesity and diabetes. But sugar also promotes the occurrence of caries. More than 2.5 billion people worldwide suffer from dental decay of various levels of severity. This is accompanied by reduced quality of life, limitations on social functioning and significant health problems. Moreover, it creates a considerable economic burden for society.

Scenario
Researchers at Radboudumc calculated what would happen if the tax on sugar-sweetened soft drinks was increased by 20%. To what extent would people switch to less sugary drinks or to drinks without any sugar? What effect would that behavior have on the number of caries? And would that lead to a reduction in healthcare costs? The researchers published the interesting results of their scenario calculations in the journal Public Health.

Teeth remain caries-free for longer
Milica Jevdjevic, researcher on Quality and Safety of Oral Healthcare: “Based on the situation in the Netherlands, we have calculated that such a tax increase would result in one million fewer caries. The average Dutch person would enjoy two additional caries-free years. We see the largest effect in children between the ages of 6 and 12. The teeth of girls would remain caries-free for six years as a result of this tax, and for boys that would be even longer: nine years.”

Cost reduction
According to the researchers, the benefits of such a tax measure would be considerable. Jevdjevic: “We estimated that the administrative cost for introducing and collecting the tax would be slightly more than 37 million euros, but it would generate tax revenue of almost 3.5 billion euros. Moreover, the measure would lead to a cost reduction in dental care because fewer interventions would be required.” 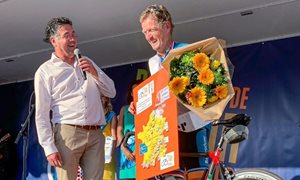 7 November 2018 No easy answers at this symposium last Friday, only challenges that can be overcome if we succeed in 5 things. First and most radically, put patients in the center of healthcare. Second, start with assessing what the local population needs and not what local professionals have to offer. read more
