A portable electronic nose can effectively detect precursors of oesophageal cancer, report researchers from the Radboud university medical center in the medical science journal GUT. This was demonstrated in an initial study involving more than four hundred patients. In time, this inexpensive and non-invasive technique may be used diagnostically to detect the precursor of oesophageal cancer (Barrett’s oesophagus) in general practice.

The number of cases of oesophageal cancer and its precursor - Barrett's oesophagus - has increased enormously in recent decades. The disease is usually diagnosed late and at an advanced stage, which makes treatment difficult. Barrett’s oesophagus is a pre-stage of oesophageal cancer, in which healthy, white-coloured cells at the base of the oesophagus have been replaced by aberrant, pink cells. The diagnosis of Barrett's oesophagus is done by using an endoscope with a camera that enters the oesophagus. An unpleasant and expensive procedure, which is poorly suited for population screening.

Volatile compounds
Researchers from Radboud university medical center, Bernhoven and CWZ therefore took a closer look at a less expensive and less cumbersome option. They investigated whether good diagnoses are possible with a portable electronic nose. An e-Nose, which measures volatile organic compounds (VOC) in exhaled air. These gaseous compounds are formed during all kinds of metabolic processes in the body. The idea is that changes in metabolism also lead to a different mix of these compounds. In this manner, you could measure inflammation through exhaled air, for instance, but also abnormal activities in the cells, thanks to the characteristic profiles that accompany them. The question is, how well could you smell Barrett’s oesophagus using such an e-Nose?

Non-invasive screening
"These figures are comparable to breast and colon cancer screening,” says gastroenterologist and research coordinator Peter Siersema. "After these encouraging results, further research among larger groups of people is obviously needed. If these results persist, its user-friendliness and low cost could contribute to making this breathalyser test interesting for non-invasive screening of Barrett's oesophagus by general practitioners." 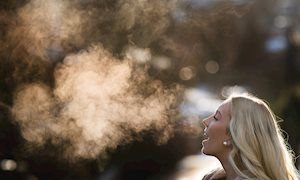 Electronic nose detects bacterium that can cause stomach cancer 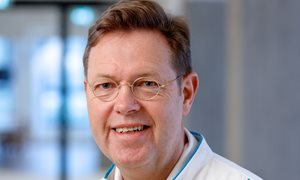 In Clinical Gastroenterology and Hepatology Peter Siersema and Yonne Peters showed that patients with stable persistence of non-dysplastic Barrett’s esophagus have a low risk of malignant progression and may not benefit from routine endoscopic surveillance. 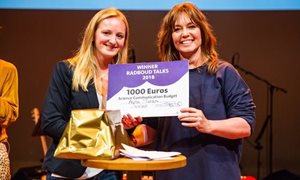