The Netherlands Organization for Scientific Research (NWO) has awarded a Veni grant to six young researchers at Radboudumc - eight were also awarded at Radboud University. This funding of up to 250,000 euros will enable them to further develop their research ideas over the next three years.

Together with Vidi and Vici, Veni is part of the NWO Talent Programme. Veni is aimed at excellent researchers who have recently obtained their doctorate. A total of 1127 researchers submitted a research proposal. Of these, 162 have now been honored in the Netherlands, 15 of which are for researchers from Radboud University and the Radboudumc.

The laureates of Radboudumc

Aedes aegypti mosquitoes transmit important human viruses such as dengue and Zika virus. The efficiency of transmission depends on how well these viruses replicate in the mosquito. The researchers investigate the role of a gene from the family of so-called RNA helicases in determining virus replication and transmission by mosquitoes.

Social memory describes the successful recognition of others in the environment, essential for everyday interactions. This project will test if social navigation and recognition are supported by grid-cell-representations in the brain, and their potential break-down at risk for Alzheimer’s disease, which is most devastating when patients fail to recognize significant others.

No labels needed: Understanding psychiatric disorders based on genetic traits

Autism Spectrum Disorders, Attention-Deficit/Hyperactivity Disorder, and Obsessive Compulsive Disorder are highly heritable. They are characterized by (overlapping) symptoms, which also occur in people without these disorders. I want to better understand psychiatric problems by investigating genetic subgroups in the population, without first classifying individuals into cases and controls.

Time for a boost: metabolic potentiation of vaccines

Traditional vaccines have two components, antigen and adjuvant, which often provide only partial effectiveness against specific diseases. The addition of a third component, a metabolic amplifier, represents the next step to develop a new generation of vaccines that can be used against multiple diseases.

Finding the genes that make you stutter

Most children learn to speak fluently without special effort or formal education. Children who stutter do not. By studying the genetics of stuttering, the researcher wants to uncover the cause of stuttering, and also learn about the genetic and neurobiological mechanisms that enable complex and fluent spoken language. 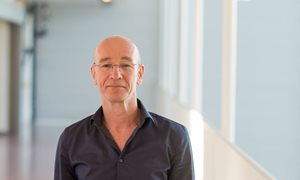 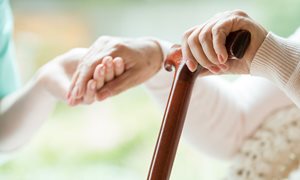