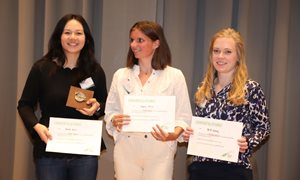 Renee Salz won the Rolduc award for best oral presentation during the genetics retreat from the Dutch and Belgian Societies of Human Genetics in Brugge. Her presentation was titled "Variant effect prediction based on long read transcriptomes".

Renee developed a pipeline that uses long read RNA sequencing technology on the PacBio sequencing instrument to create a catalogue of novel mRNA transcripts expressed in non-stimulated and stimulated immune cells. She subsequently predicted whether DNA variants would affect the proteins translated from these transcripts. She discovered a number of DNA variants that were more likely to cause rare immune disorders when taking into account the knowledge on the novel transcripts than would be expected based on existing knowledge of transcripts expressed in immune cells.  She developed a pipeline that is based on Ensembl's Variant Effect Predictor tool to predict pathogenicity of DNA variants using information on novel transcripts.

Renee's presentation was crystal clear and brought with a lot of enthusiasm. Renee's supervisors Alexander Hoischen and Peter-Bram 't Hoen are very proud of Renee's performance. 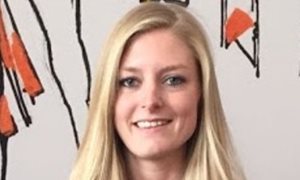 18 June 2020 The Best Poster in Basic Research was awarded to Anouk Verboven, PhD student at the Department of Human Genetics and at the CMBI. read more 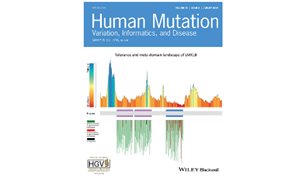 4 September 2017 This publication is part of the PhD project of Laurens van de Wiel and shows how homologous protein domain relations may be used to interpret normal and pathogenic variation at a much finer scale than previously possible. read more
