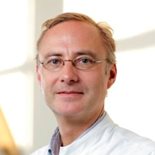 Dirk Kunst, an ENT surgeon at MUMC+ and Radboudumc, has been appointed Professor of Otorhinolaryngology, in particular Skull Base Pathology at Maastricht University. Kunst completed his training within the Radboudumc in 2003, after which he completed a KWF Fellowship in skull base pathology in Nijmegen and Marseille. Since 2006 he has been working as a skull base surgeon in Nijmegen and since 2018 in Maastricht. His field of work concerns the treatment of pathology at the level of the entire skull base. At both locations he is chairman of the skull base working group. The departments of ENT surgery/ Head and Neck surgery, neurosurgery and radiotherapy in the MUMC+ and Radboudumc have entered into a structural collaboration as a center in the field of skull base pathology. An important goal within his appointment is to fulfill a bridging function between the MUMC+ and the Radboudumc. The ambition of the collaboration is to provide high quality and innovative patient care, education and the clustering and expansion of scientific research; this center must acquire international allure. Together, the two UMCs have an adhesion area of about five million people.

Dirk Kunst has been active as chief editor of the Dutch Journal of Otorhinolaryngology for 6 years. In addition, he holds positions within the Dutch Association for Patients with Paragangliomas and the Neurofibromatosis Association Netherlands (NFVN). Currently he is secretary general and treasurer of the European Skull Base Society (ESBS). In 2024 the ESBS congress will be organized in The Netherlands, after which Dirk Kunst will become president of the ESBS.