The appointment went into effect on 1 November 2017. Kramers' teaching and research focuses on medication safety in the hospital setting. Medication errors are one of the biggest risks for hospitalised patients. It is estimated that half of these errors could be prevented through targeted education and supervision of prescribers. The chair therefore has a strong educational orientation.

CV
Kees Kramers (Dirksland, 1962) received his doctorate in Medicine from the University of Leiden in 1986. From 1989 until 1996 he was trained as an internist and from 1996 to 1998 as an internist-clinical pharmacologist, both at Radboud university medical center. In 1995 he obtained his PhD at Radboud University on research into antibodies that play a role in renal failure in the autoimmune disease systemic lupus erythematodes.

Expertise Centre
His recent achievements include the founding of the Nijmeegs Expertisecentrum voor Complexe Farmacotherapie (‘Nijmegen Expertise Centre for Complex Pharmacotherapy’), a regional partnership between hospital pharmacies, regional general practitioners and public pharmacists, and the development of a compulsory national pharmacotherapy exam for future physicians.

30 July 2020 With a 650,000 euro funding from ZonMw, researchers from the Haematology and Pharmacy departments can develop a medication phasing out strategy for patients with chronic myeloid leukaemia. This strategy will be tested in practice. read more 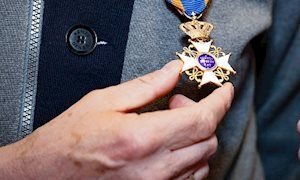 Beyond the scientist: Kees Kramers