Dendritic cells (DCs) are a rare type of immune cells that scan the body for infectious invaders and cancers. Once identified, DCs train the immune system to destroy these attackers; keeping us healthy. Because of these skills, DCs are currently in the focus of anti-cancer vaccine research.

The messenger molecule type I IFN, which is produced in large quantities by the specialized plasmacytoid DCs, plays a central role in the initiation of immune responses. Understanding how pDCs control the production of type I IFN is key to more effective treatment, but our knowledge of the cellular mechanisms is incomplete.

Researchers from Radboudumc and Eindhoven University of Technology developed a high-throughput nano lab to shed light on this process. Last week, their findings were published in Nature Communications.

Using their device, the researchers around Florian Wimmers (Radboudumc, Stanford University) tested thousands of single pDCs for their ability to produce type I IFN. Remarkably, they discovered that only a tiny subset of single pDCs produces type I IFN. When these cells were mixed with other pDCs, crosstalk between individual cells within the population led to a boost in activity. The results of the team around Wimmers that was supervised by Jurjen Tel (TUE) and Jolanda de Vries (Radboudumc) will help to design better cancer treatments. Interventions that target pDCs inside the body should consider that not all pDCs are the same and that the local density of pDCs is an important indicator of their activity.The nano lab that the team used for this analysis was developed in collaboration with Wilhelm Huck (Radboud University) and Carl Figdor (Radboudumc). The device generates millions of tiny droplets, each containing a single cell. Researchers study the behavior of the captured cells at high-throughput to better understand cell-cell variability and the fundamental rules of cellular communication. 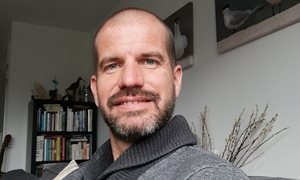 Martijn Verdoes, group leader Chemical Immunology at the department of Tumor Immunology, has been awarded an ERC Proof of Concept (PoC) Grant. The ERC PoC Grants are designed to support ERC grantees with the commercial or societal application of the results of their funded research. 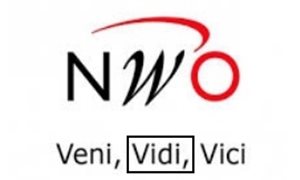 Matthijs Jore, Daniele Tauriello and Johannes Textor are each to receive up to 800,000 euros to develop an innovative research theme and to build up their own research group. NWO is awarding the Vidi grant as part of the Innovational Research Incentives Scheme. 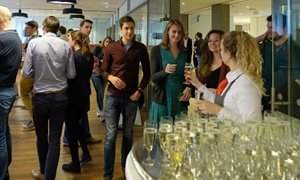 In 5 categories RIMLS young researchers received an award and bonus during the New Year's drinks. See all photo's.