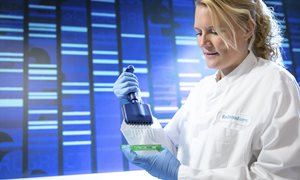 People who have a serious developmental disorders often get it because of a mutation, an error that disrupts the action of a gene on the DNA. There are many possible mutations that can cause such abnormalities, but in varying degrees of rarity. By creating a huge dataset, the researchers were able to describe 28 previously unknown genes that can cause developmental disorders.

The study, a collaboration of Christian Gilissen, theme Metabolic Diseases, Laurens van de Wiel, theme Nanomedicine, with GeneDx and the Wellcome Sanger Institute, has been published in the scientific journal Nature, shows the necessity of bringing data together.

When someone turns out to have a serious developmental disorders, the cause is often a 'de novo mutation'. This means a mutation in the genetic material that is new in the sperm or egg cells of one of the parents - and therefore cannot be found in the parents themselves. These de novo mutations, often mutations of a single letter or nucleotide in the DNA, can affect all sorts of different genes and therefore lead to different characteristic disorders.

Largest database ever for these mutations

Although there is a significant group of patients with severe developmental disorders, the mutations responsible are rare on an individual basis. Finding the exact causal genes is therefore difficult, because the chance of accidentally finding multiple patients with mutations in the same gene is small.

In this study, therefore, datasets from three different institutes have been combined into a cohort of 31,058 patients, in order to have more statistical power. It became the largest statistical study of these mutations to date, and resulted in as many as 28 new genes that can now be linked with certainty to a severe developmental disorders.

Consequences for the clinic

According to Radboudumc researcher Christian Gilissen, the study also shows that the low-hanging fruit is now gone. "It is estimated that there are still a thousand genes that play a similar role in severe developmental disorders, but that will be even more difficult to find. This makes it even more important to share patient data in order to create even larger datasets". 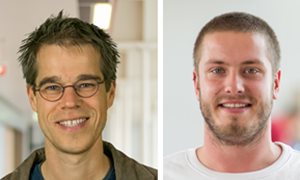