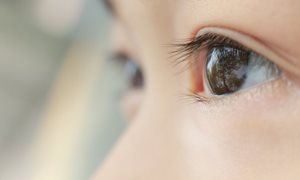 Researchers at Radboud university medical center together with international colleagues have unraveled a molecular mechanism that regulates the build-up of the photosensitive segments in the cones and rods in the retina. A protein, which they call PCARE, controls this complex process, they write in PNAS USA. These new insights could make a significant contribution to the development of new therapies for eye diseases.

In 2010, geneticist Rob Collin, theme Sensory disorders, described how DNA changes in the C2orf71 gene could cause the inherited eye disorder retinitis pigmentosa (RP). This retinal disorder causes gradual impaired vision and, in some cases, blindness. “At the time, however, very little was known about the protein that is encoded by the C2orf71 gene,” says Collin, “including the role of the protein in the photosensitive cones and rods in the retina.”

Three years later, Julio Corral-Serrano, the first author of the PNAS article, began to study which other retinal proteins were able to bind to the C2orf71 protein, as proteins that bind to one another often have similar molecular functions. “We found a number of proteins that were believed to be involved in the build-up of the photosensitive segments in the cones and rods in the retina,” says geneticist Ronald Roepman, theme Renal disorders, who coordinated the research together with Collin. “These segments are made up of over 1000 membrane disks that are stacked on top of one another very neatly and incredibly precise, like a big pile of perfect pancakes. Each disk contains components that together convert light into electrical signals that are then sent to the brain, where they are converted into images. However, we knew very little about how the formation of these photosensitive disks is regulated.”

The study showed clearly that the C2orf71 protein is involved in this formation process. This protein ensures that other proteins are brought together at the right place and at the right time within the cones and rods. Thanks to the ‘logistical’ activities of the C2orf71 protein, another protein, actin, is then able to give the disks their characteristic shape. Because of this discovery, the researchers have given the C2orf71 gene and protein another name that better reflects its function: PCARE, which is an acronym for ‘photoreceptor ciliary actin regulator’. This regulatory function is disturbed in patients with mutations in the PCARE gene, which affects the structure of the photosensitive segments, and results in RP.

Many additional experiments were carried out to verify the results, enabled by several  international collaborations. “And each time, the results supported our hypothesis,” says Roepman, “which means that we can now publish this important study in PNAS.” The knowledge acquired during this study also raises new possibilities for research and new means of treatment. Collin: “Now that we have a better understanding of how DNA mistakes in the PCARE gene can cause RP, we also have a much better idea of what we need to consider when developing new forms of gene therapy, for example. Ultimately, we hope to be able to use our discoveries to improve patient care.” 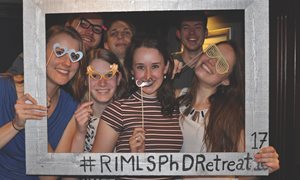 5 January 2018 Tomorrow 2 February is the last chance for the early bird registration for the RIMLS PhD retreat 2018. read more