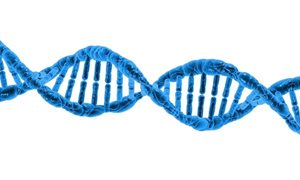 For more than thirty years, geneticists at Radboudumc and the Donders Institute searched for the cause of vision impairment within a large Dutch family. When that cause was identified, 21 other families with the same 'RP17' gene abnormality were located worldwide. In total, there are more than 300 people who are visually impaired or blind. The study was published in the American Journal of Human Genetics.

After thirty years of research, the genetic defect that causes the eye disease retinitis pigmentosa type 17 (RP17) has finally been discovered. Molecular geneticists Susanne Roosing and Suzanne de Bruijn located the gene defect by examining the genetic material (DNA) of a large Dutch family that had been forwarded by physicians from the Department of Ophthalmology.

RP17 is a form of a dominant hereditary retinal disorder (retinitis pigmentosa), which causes a gradual deterioration of vision and can lead to severe forms of vision impairment and blindness. The name RP17 derives from previous indications that the defect would be located on chromosome 17.

Through international collaboration with fellow lead researcher Alison Hardcastle from London and research teams in Cape Town and Berlin, researchers have finally discovered the gene defect underlying RP17. Lead researcher Susanne Roosing: "The RP17 study now shows that duplication of pieces of DNA, so-called structural DNA changes, is the cause of this disease. This DNA duplication contains the genetic code for several genes. In total, eight different DNA duplication were found in 22 families (more than 300 people with RP17) worldwide. Some families have exactly the same replication, so they probably have a common ancestor."

The DNA changes seem to be a significant cause of retinitis pigmentosa with a dominant hereditary pattern, where there is a fifty percent chance of passing the gene defect on to children. The researchers expect that even more families will be diagnosed as a result of this breakthrough.

When the researchers further researched the DNA duplications, they discovered a new mechanism that causes vision impairment or blindness. The DNA duplications disrupt the careful folding of chromosome 17 in small DNA loops in the nucleus of the cell. The DNA duplicate creates an oversized DNA loop that incorrectly includes the genetic code of the GDPD1 gene. As a result, GDPD1 comes into contact with an 'ON button’ for the retina, which eventually causes the erroneous production of the GDPD1 protein. This protein is not produced in a healthy retina and is therefore potentially toxic to the retina. The exact function of this protein elsewhere in the body is still unknown.

Because of the new disease mechanism, a potential therapy is still a long way off, but the researchers in Nijmegen already have ideas for the first follow-up studies. For members of the RP17 support fund foundation, this research is also a major breakthrough: they have established a patient association to support the research on familial vision impairment. People who experience vision impairment between the ages of 20 and 40 and who have other family members with similar complaints are advised to contact their GP.

4 March 2020 The aim of this new virtual centre is to develop customised RNA therapies for patients with rare genetic conditions. Several DCMN researchers and medical specialists are involved in DCRT. read more