Interest in space exploration is increasing again. In the past decade, there has been renewed thinking about missions to the moon, perhaps even to Mars. As inevitable fellow travellers on the bodies of astronauts, spaceships, or equipment, terrestrial microorganisms will undoubtedly come into contact with extraterrestrial environments. Researchers from the Radboudumc describe in an article in Astrobiology that bacteria can survive on an 'extraterrestrial diet', which affected their pathogenic potential.

No matter how well astronauts and material are decontaminated, co-travelling microorganisms into space cannot be prevented. Given the enormous adaptability potential of bacteria, it is conceivable that they will sometimes survive space travel and be able to settle in an extraterrestrial environment.

For this study, four non-fastidious environment-derived bacterial species with pathogenic features were selected, including Klebsiella pneumoniae and Pseudomonas aeruginosa. A minimal 'diet' based on nitrogen, phosphorus, sulphur, iron and water to which carbohydrates found in carbonaceous meteorites were added was made to determine whether extraterrestrial survival and growth were possible. The four bacterial species were shown to survive and multiply on this minimal ‘diet’.

In follow-up experiments, the team of researchers observed that the adaptation of bacteria, especially in the case of K. pneumoniae, caused changes in the cell membrane - the shell of the cell - as a result of which the immune system reacted more strongly to the bacteria. In short, the bacteria become more immunogenic.
Research in cell culture, but also in mice, showed that the bacteria survive on extraterrestrial nutrients and become less virulent as a result of this necessary adaptation. At the same time, this research shows that bacteria can survive under these conditions, which means that the risk of infection among space travellers remains, precisely because - as other researchers have shown - a space journey has negative effects on the functioning of the immune system, making astronauts more susceptible to infections.

29 June 2020 In a review in Cell Mihai Netea, Frank van de Veerdonk, Reinout van Crevel and Jorge Dominguez Andres propose that induction of trained immunity by whole-microorganism vaccines may represent an important tool for reducing susceptibility to and severity of SARS-CoV-2. read more 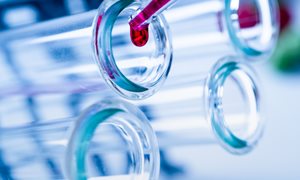 11 June 2020 Researchers at Radboud university medical center have discovered an as yet unknown effect of hydroxychloroquine. Raphael Duivenvoorden was interviewed in the program Op1 at NPO1 to elaborate on the findings. It seems unlikely that chloroquine has beneficial effect in corona infections. read more 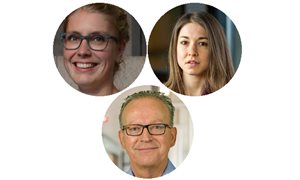 11 March 2020 RIMLS researchers Leo Joosten, Viola Klück and Rosanne van Deuren, in collaboration with the Dept. of Human Genetics, discovered that rare genetic variants in interleukin-37 link the anti-inflammatory cytokine to the pathogenesis and treatment of gout. read more
