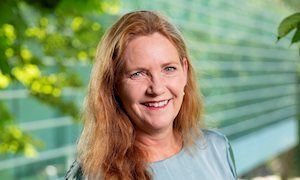 In rare diseases, such as systemic sclerosis, it is often difficult to conduct large-scale research; the group of patients is too small and there are usually few research resources available. Nevertheless, rheumatologist Madelon Vonk of the Radboudumc has managed to follow enough patients with systemic sclerosis for years. We now know that it is extremely important to start treatment early. The results of her research have been published in BMJ Annal of the Rheumatic Diseases.

Systemic sclerosis, also called scleroderma, means hard (sclero) skin (dermis). It is an autoimmune disease, which means that the immune system attacks one's own body. The defense or immune system is precisely meant to keep unwanted intruders, such as viruses and bacteria, out. But sometimes there is a fault in the immune system and it attacks its own cells.

Connective tissue is the glue of the body

In people with systemic sclerosis, the immune system does the same with the cells of its own connective tissue, the glue with which the body is attached. Rheumatologist Madelon Vonk: 'Connective tissue is in and around all organs. Without it, we'd just be a puddle on the floor'. The connective tissue of patients with systemic sclerosis can become inflamed anywhere (systemic means "in the whole body"), and then it becomes hard and stiff. This happens in the skin, but also in the esophagus, lungs, heart and kidneys. With severe forms of this disease it is fatal; without treatment fifty percent dies within three years.

The disease often affects people who are living life to the fullest.

Systemic sclerosis is rare. Approximately three thousand patients live with this condition in the Netherlands, of which over a third are patients in the Radboudumc Expertise Center for Systemic Autoimmune Diseases. Madelon: 'It often affects people between the ages of thirty and fifty, who are very much alive. But I also have patients under the age of twenty'. Diagnostics are difficult, because the symptoms vary from person to person.

Madelon has been studying systemic sclerosis for sixteen years and her research has expanded the list of characteristics that may indicate this disease. Madelon: 'It often starts with the phenomenon of Raynaud; people get white, then blue and red fingers. This is because the small blood vessels cramp and less blood flows through them. Many people are tired, have trouble swallowing and later on get thick fingers and a stiff skin, also in the face'.

Abnormalities in the blood vessels of the cuticles

Examination for abnormalities in the blood vessels of the cuticles are an important part of the diagnostics. In addition, a CT scan of the chest follows. Attention is paid to an open esophagus through which the contents of the stomach goes back into the esophagus. Madelon suspected during her PhD research that this could be an important indication for the disease. This turned out to be true, and now this part of diagnostics is recognized and applied internationally. Madelon: 'If we now see an open esophagus on the scan, we are thinking of systemic sclerosis.

It is suspected that the disease starts with a fault in the functioning of the lining of the blood vessels, the endothelium. That error gives an inflammatory reaction, but what causes it is still unknown. Madelon: 'This disease is a complicated challenge, that is precisely why I fell in love with it, although that sounds crazy. It is an elusive condition in which there is so much to gain for patients. We still don't know a lot. I love the combination of research and my work as a doctor. I see who I'm doing it for. That's why I want the research we do today to be applicable to the patients tomorrow.

A stem cell transplant with stem cells from the patient himself is a possible, but very difficult, treatment. Madelon: 'There is a ten percent chance of death with this treatment. That's why a patient first receives medication or chemotherapy. If that doesn't work and a transplant is possible, we hold many conversations in order to prepare the patient as well as possible'. During the stem cell transplant "harvest", the doctors select and store stem cells from the bone marrow. The bone marrow is then killed with a high dose of chemotherapy. In this way, the wrong immune cells that cause the symptoms also die. The harvested stem cells are then replaced, so that the patient builds a new and healthy immune system.

In her most recent study, Madelon followed all 92 Dutch patients who underwent a stem cell transplant, a study that has never been done before, including internationally. We even followed people who had already received treatment in 1999. The goal? To know how long these people will live after the transplant and how they are doing. The results are encouraging. The transplant ensures a good survival. After five years, 78 percent are still alive, and 66 percent after fifteen years. Most people can work again. But there are also patients who suffer a lot from fatigue or who have limited lung function. Because the disease can lead to irreparable damage, such as scars on the lungs'.

Men are more likely to die than women

This research also made it clear what the risk factors for a stem cell transplant are. Men have, for as yet unknown reason, a greater chance of dying. And people in whom the disease is most active just before transplantation have the best chance of a good result. In systemic sclerosis, it's extremely important to diagnose the disease early and start treating it," says Madelon. This is now being researched, the hit hard and early study. We think Prednisone can prevent someone from getting sick. If that's really the case, we can investigate which other anti-inflammatory drugs can be even more effective. Then the world will be at our feet.

Patient Linda Duijts (29): 'Why go for bronze when it could also become gold?

In 2014 I suffered from Raynaud's phenomenon, but it was not until 2017 that I was diagnosed with systemic sclerosis. A year-long search in which it was even thought to be between my ears. So somewhere I was relieved that I now knew what it was. But the disease turned out to be progressive, so I soon got a stem cell transplant. I did not doubt that. No matter how tough the treatment would be, I wanted it. I wanted to live! The alternative was progressive; I don't think I would have lived another year. So why would I go for bronze if it could become gold? It was very heavy, but fortunately the treatment was successful.

The consequences of the disease are still there. I have suffered a lot from my kidneys and thyroid gland, can barely keep my weight and at the age of 27 I was in transition. I also suffer from a "chemobrain" which affected my concentration and memory. I had to give up my own physiotherapy practice. I know that I can turn eighty, but also that the illness can come back. Then the question is whether I can cope with a new treatment.

Yet it has also brought me a lot. I am chairman of the Scleroderma Fund to make the disease better known and to raise money for research. And I'm a buddy for people who also stand for this treatment. Because caregivers, no matter how involved, don't know the pain and anxiety you have as a patient. I'm glad that I can make such a contribution'. The report Social costs and benefits of Artificial Intelligence in healthcare from the Dutch Ministry of Health, Welfare and Sport was published. The researchers were positive about the smart app MonitAir, which was partly developed by Primary and Community Care of the Radboudumc.

Who will be the winner of the 2021 Science and Innovation Prize? From the 24 nominations of the scientific associations, 3 nominations were chosen, this week, by the professional jury led by ZonMw chairman Jeroen Geurts, including 2 nominations involving Radboudumc researchers.

How do people with reduced immunity, especially kidney patients, react to a COVID-19 vaccination? And how can patients with peripheral arterial disease be helped by DNA testing? Our researchers received grants from ZonMw to make these studies possible. 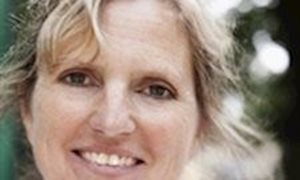 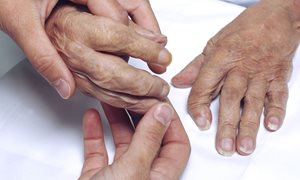 Wietske Kievit and Floor Berden have illustrated this in PlosOne paper